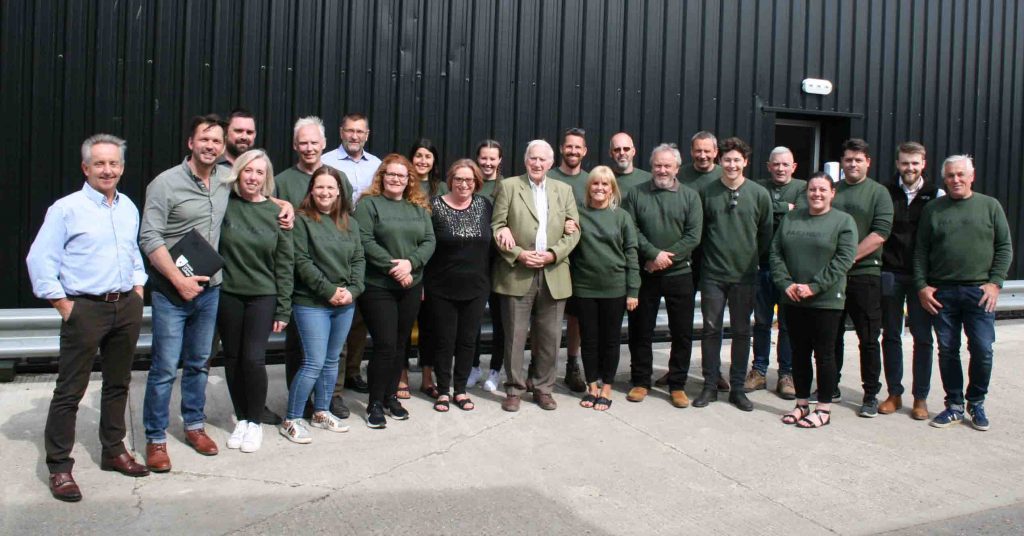 Derek Kelly founded the business in 1971 when he and his wife Molly took over a hatchery at Danbury in Essex.

See also: 6 factors that can reduce ammonia on poultry farms

Derek and their son Paul went on to bring back the traditional bronze feathered turkey and launch their KellyBronze brand as a premium festive choice.

The celebration, which was delayed by covid, combined with the triennial conference for customers of FarmGate Hatcheries, which supplies day-old poults for Christmas turkeys.

The event at the company’s Essex processing facilities brought together speakers from across poultry production.

He said shoppers were concerned about:

“I see people who tell me they will only buy free range or organic but when it comes to paying for it at the checkout, ethics goes out and it’s about the price.”

He also spoke about the growth of the vegan movement. “People’s concern about livestock farming and the effect it has on the environment has led to a rise in veganism.

“You’d think as a livestock farmer I’d be worried, but I’m not.

“I think in many ways it’s been a good thing. It’s made us raise questions and debate, and as an industry, it’s made us look at what we do and defend our beliefs.

“It’s also created a multi-million-pound sector in the food industry.

“Do I think it’s the end of livestock farming with veganism in the future?

“No, I don’t, and the reason for that is that you can’t recycle nutrients efficiently in a farming system without livestock.”

‘We’re not looking to improve breast meat yield or shape anymore,” he said.

“Much as we as farmers like to see a fantastic dimple breast, a really great confirmation, that’s not so important to the consumer.

“And we do find, if you get turkeys too big and too broad, they don’t cook as well.

He said the UK is very good at wild bird surveillance, and with the high level of infection last winter, there would be more immunity going into the coming winter and, potentially, the disease could be less of an issue.

There is a lot more positive noise coming out about vaccination across Europe, and the technology is better with the ability to differentiate strains, he added.

He left the audience with a clear message: “The one I really want you to take home is the necessity of tight biosecurity to reduce the chance of your stock getting AI this winter.”