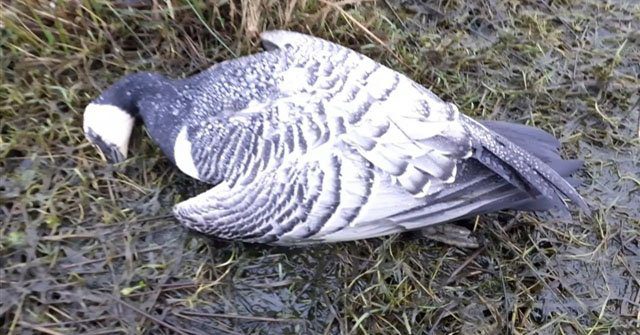 THE RSPB has warned that thousands of wild birds around Scotlands coast are being found dead after contracting the H5N1 highly pathogenic strain of avian influenza.

The development demonstrates that the virus is still circulating in the environment.

Seabird populations are likely to be hit harder by the disease as slower breeding rates could mean declines in numbers over the longer term.

Last year, HPAI was responsible for the loss of more than a third of the Svalbard barnacle goose population that winters around the Solway Estuary, the RSPB said.

The charity is calling on the Scottish Government and NatureScot to “urgently develop a response plan and to see this as a wake-up call that we must take action on the other threats facing our seabirds”.

Over the past few weeks, large numbers of dead and dying seabirds have been seen across Scotland.

Shetland appears to be the most heavily affected, but there are increasing numbers of reports from many of Scotland’s islands and coastlines. As reports increase, the number of species affected also appears to be increasing.

There have been reports of widespread deaths at great skua (bonxie) colonies in Shetland, Fair Isle, Orkney, the Western Isles, Handa, the Flannan Isles and St Kilda.

As well as widespread reports of sick and dead gannets at key colonies – most notably Noss in Shetland but also Troup Head in NE Scotland, Bass Rock in the Firth of Forth and elsewhere.

There are also reports of high mortality in sandwich and Arctic terns and elevated numbers of dead guillemots at a colony on the Mull of Galloway.

Stewart Bain, of RSPB Scotland, said: “The number of dead birds along our coastlines in Orkney is heart-breaking to see and the range of affected species is causing much concern in the community.

“As we head into summer, more and more people will have first-hand experience of the devastation this virus is causing.

“Safety remains paramount and you should avoid contact with any dead or dying birds, but please report them to the DEFRA helpline. This will help give a clearer picture of the situation and inform how it is dealt with. You can also try to be even more careful than normal about not disturbing nesting or birds.”

“This spring, Scotland’s globally important seabird populations are now bearing the brunt and fears are that the long-term impact on these species could be much more severe.

“Seabirds are long-lived, take longer to reach breeding age and tend to produce fewer offspring than geese meaning impacts of high adult mortality on future numbers could be much more significant and any recovery take far longer.

“Yet, seabirds already face many other significant threats and many species have suffered severe declines in numbers over recent decades.”

The charity urged people to report dead or sick birds as soon as possible to the DEFRA helpline on 03459 33 55 77.