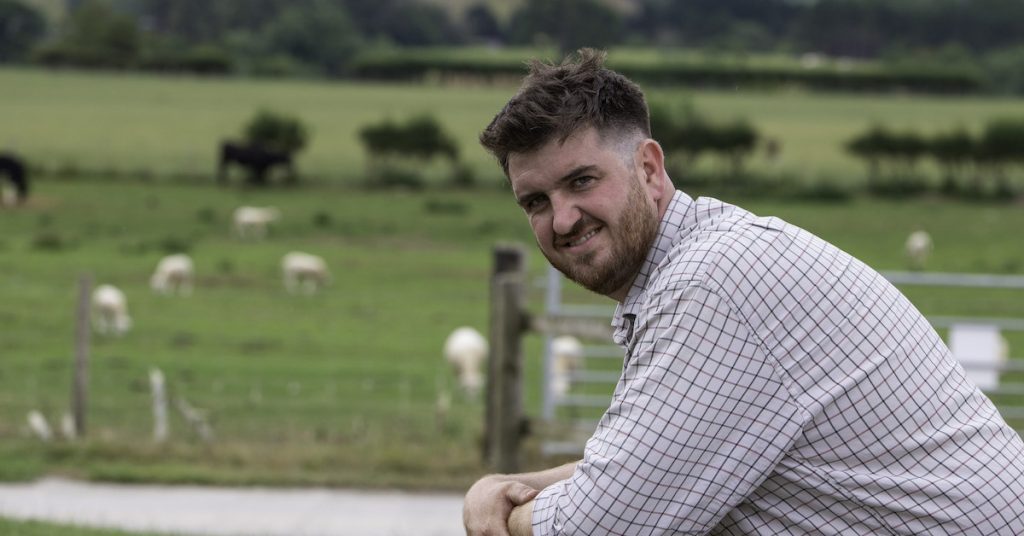 As the Low Carbon Farming Pioneer winner, Ed was invited to receive his award during the M&S Select Farm Awards ceremony on the M&S stand at this year’s Royal Welsh Show.

The judges commended Mr Gittins for his commitment to creating a low-carbon poultry system.

Alongside his brother James, he took over running the family farm which consists of beef and sheep enterprises across their main farm, as well as two upland hill farms. They also operate a poultry farming enterprise and have been supplying M&S since 2017.

Establishing the poultry enterprise initiated the start of a plan to create a low-carbon farming system.

“For some time, we been figuring out how we can make our farm more efficient in a way that helps with the bottom line and is more environmentally friendly,” Mr Gittins said. “It is great that we are now in a position where it is benefitting the farm and we can support the UK with its low carbon targets.”

The farm has several biomass boilers to provide heating for the poultry sheds, and a ground source heating system to provide underfloor heating.

They also have an anaerobic digestor powered with farm by-products and slurry from a local dairy farm.

All electricity needed to run the farm is produced on-site, and a sizeable proportion is also sold back to the grid. In the future, they are aiming to use an anaerobic digestor to produce biogas to power their tractors and other farm machinery.

“Exploring methods of low carbon farming is an important part of the industry’s future.