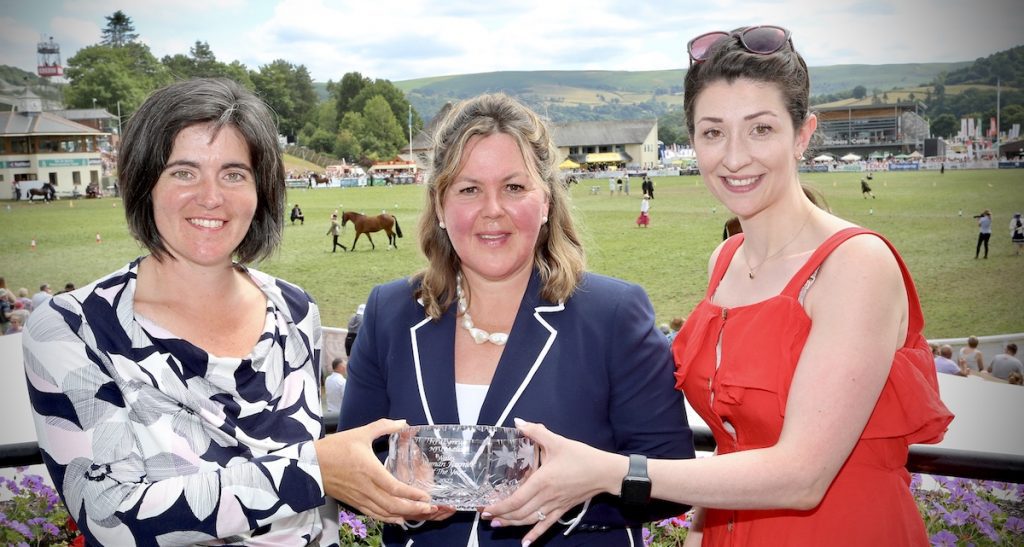 A PEMBROKESHIRE poultry farmer has been named the 2022 NFU Cymru/NFU Mutual Wales Woman Farmer of the Year at the Royal Welsh Show.

The award, now in its 24th year, seeks to champion women’s contribution to the agricultural industry and raise the profile of women in farming.

Over the past 20 years, they have converted their traditional stone barns into assured short-hold rental properties and, in the past three years, as holiday cottages.

The farm also has a renewable energy diversification in the form of a solar park.

A former NFU Cymru Poultry Group Chair and delegate on the National NFU Poultry Board, Ms Morgan has also served a two-year term as NFU Cymru Pembrokeshire County Chair, only the second woman to hold this position.

She is a qualified rural practice chartered surveyor and agricultural valuer.

Through her work, she met her husband when she sold him the farm and property, developing the site that would later become their family home.

At the time of the purchase, the farm was in arable cropping and potatoes but has since diversified considerably.

In 2011, the Morgans entered the poultry sector, initially erecting a hen shed at Fenton and adding another unit in 2014. Eggs are supplied to Friday’s, in Kent.

As a business, they embraced renewable energy at an early stage. In 2014 they signed a 30-year lease for a solar park, which was completed in early 2015.

They manage the grass in the solar park, grazing with the ewes.

In addition to this, they have invested in a 320kw biomass boiler to heat and provide hot water for the rental properties and 150kw of ground-mounted solar panels for the poultry shed.

NFU Cymru Deputy President and competition judge, Abi Reader, said: “We are delighted to be able to announce Clare as the winner of the 2022 Wales Woman Farmer of the Year Award.

“It was inspiring to hear from Clare about the adversity her farming business has overcome and changes the family has made to enhance the enterprise over the years.

“As judges, we were left in no doubt whatsoever that Clare is someone who is always willing to seize the initiative, grasp new opportunities and is certainly not afraid of a challenge or hard work. Clare is a tremendous example of a woman leading the way in her field.”