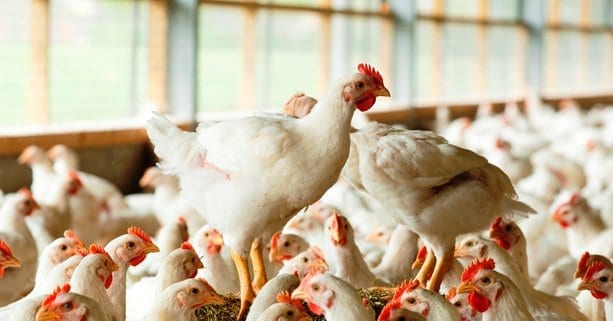 A LEADING vet has called for more research into measuring welfare outcomes in poultry production.

Tiago Prucha, from Vetworks, told Poultry.Network Live that the sector must know what to measure, and what to aim towards, when it comes to bird welfare.

“I don’t think we have, at this moment, a reliable system where we can say that a certain house has good welfare. There is not enough factual information that we can use,” he said.

“Although I fully agree with the emphasis on welfare and giving birds access to the outside, it is not always clear what welfare represents at the level of the birds.

“Most of the time, it is based on a consumer perspective that is not based on knowledge. One that varies with region, with culture, and between individuals.”

For example, research had shown that mortality tended to be higher and came from a wider range of causes in birds with access to the outdoors compared with those kept indoors.

“Welfare is a very ambiguous subject. We have to strive to make it as objective as we can.

“How do we measure what the birds are experiencing?” he asked.

He explained that welfare around welfare was often based on the five’ freedoms’, drawn up back in 1965.

One of these, freedom from hunger, immediately posed a challenge.

“If we select birds over a period of 30-40 years to have a compulsive eating behaviour, they will always feel hungry. Hunger is not necessarily a negative state. We all feel it; it’s normal,” said Mr Prucha.

Another example, the freedom to express normal behaviour was also tricky.

“In animals that have been selected for many years, what is normal behaviour? We can’t really compare the birds that we have in the house nowadays with the ones that lived in the jungle.”

Freedom from fear and stress was also challenging to measure. To have a house with natural light seemed very sustainable.

“But I’ve seen houses with natural light where the birds walk all over the house, except where the light comes from the windows, and that causes more stress.”

With the push for antibiotic-free production, in some cases, there could be the risk of sick birds in a flock not treated because legislation prevents it, he said.

However, it meant that welfare tended to be focused on measuring potential negative effects, rather than the positive experiences of the birds.

To achieve this, there is a need for techniques that measure welfare reliably and accurately, that are minimally invasive, and automated.