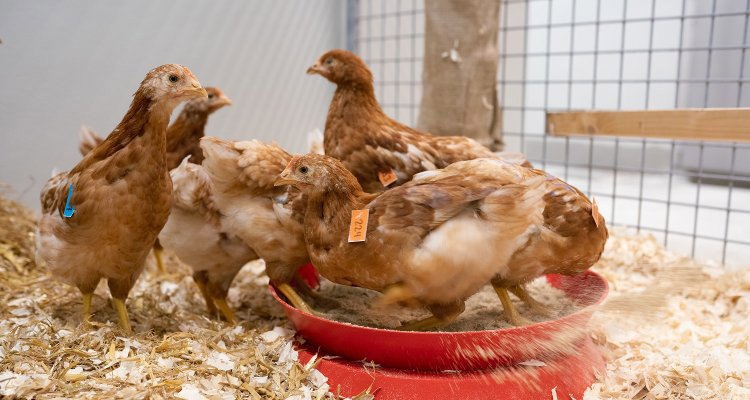 The work has been commissioned by the Dutch government amid a push to find solutions to widespread avian influenza outbreaks across Europe.

Wageningen said the three different vaccines were based on different technologies, and a focus would be on assessing their efficacy against clinical signs of the virus and whether they affect its spread.

It is one of several trials intovaccination being run by different European member states.

The trial will run for three months, with results expected no earlier than the second half of December.

Vaccinating poultry against avian influenza is increasingly being seen as a way to control what is the worst-ever outbreak of AI across Europe and the UK.

“This year, for the first time, the virus didn’t leave the Netherlands with the migrating birds during springtime.

“The virus was able to infect birds which stay in our country during summer.

“This means that the virus is still spreading via bird droppings from infected birds and therefore poultry farms were still infected.”

Vaccination of poultry flocks has many pros and cons, she added. “Bird flu vaccines have to protect against disease but also need to prevent the spread of the virus.

“If a vaccinated flock gets infected with bird flu, but the birds show no signs of illness, a farmer wouldn’t notice the virus infection.

“If, in that case, the vaccine is not effective enough in reducing virus transmission, this could potentially cause ‘silent’ spread of the virus between farms.”

This aspect is one of the reasons why the European Union has rules in place for vaccinated poultry.

“We expect that the new types of vaccines we are testing in this trial provide better protection against the spread of the virus than previous vaccines.

Furthermore, it is possible to distinguish between vaccinated and infected animals with specific diagnostic tests.”