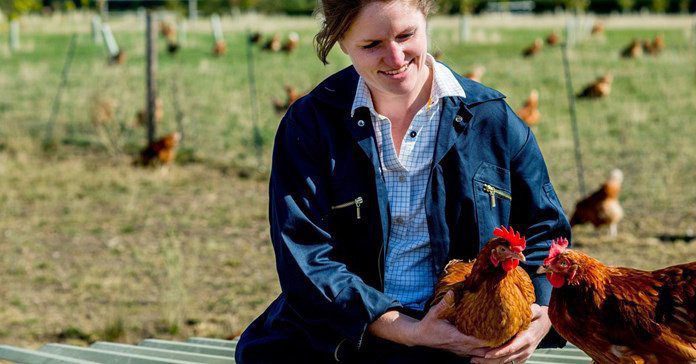 But despite price rises, it will be some time before the UK’s laying hen flock recovers from cutbacks in chick placings made over the course of this year.

Aldi has also announced a £12.5m support package for egg producers within its supply chain.

Last week, Sainsbury’s said it would lift the price it paid for eggs to packers by 20% following the news that the supermarket had begun stocking Italian barn eggs to keep shelves stocked.

It is understood another major retailer struggling to meet demand is in talks with Polish egg suppliers.

Waitrose has announced a £2.6m support payment to farmers in its supply chain, saying in a statement: “Without our farmers, we can’t function as a business.

“We’ve cultivated long-standing relationships with ours, and paying them fairly and offering our customers free-range British eggs are commitments that we simply won’t sacrifice, even when the going gets tough.

“We continue to have a good supply of 100% British free-range eggs, which is testament to these strong relationships and our unwavering commitment to our farmers.”

Graham Atkinson, agriculture director at Noble Foods said: “Egg producers and packers across the country are facing huge challenges due to the unprecedented level of inflation in the sector.

“The issue can’t be ignored, and we’ll continue to support our producers, which is why this additional price increase was called for.”

This most recent support package will be paid to suppliers to cover the cost of handling, processing and egg production, including any increases in feed for farmers, the supermarket said.

Tesco said it would work with “packers to ensure the additional investment gets passed to farmers as quickly as possible”.

Despite the additional funds potentially finding their way back down the supply chain, the fundamental figures suggest the UK’s egg-producing flock will remain suppressed until at least Spring next year.

As our most recent market report suggests, the latest figures for day-old pullet placings for October show yet another decline, down by 100,000 chicks year-on-year.

This means that the earliest that the national laying flock can begin to rise again is around April, assuming a pick-up in placings in November.

Between now and then, a further shrinkage of the flock by half a million birds or more seems likely.

And that is before avian influenza is factored in – on 26 and 27 November alone more than 80,000 hens were confirmed as having the virus.