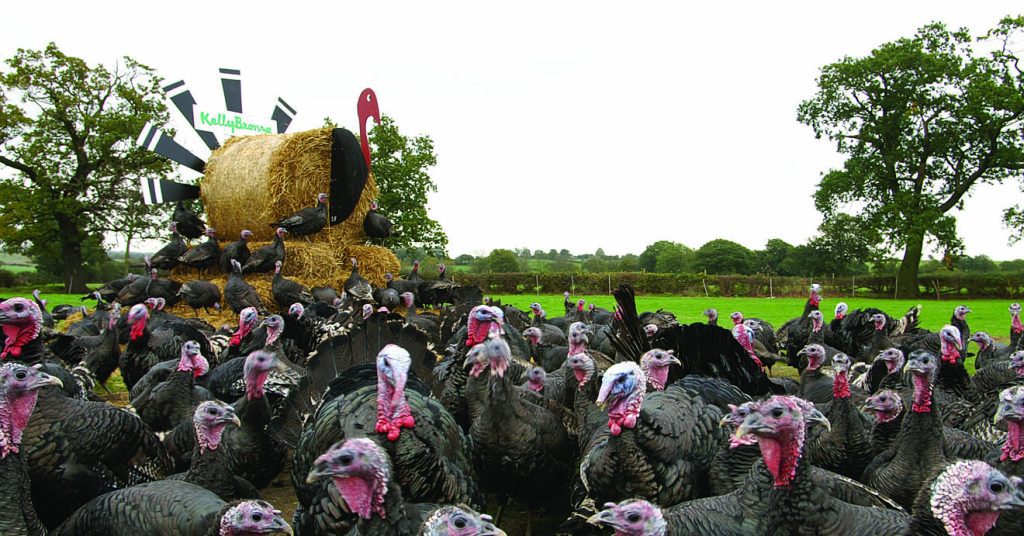 THE Environment Food And Rural Affairs Committee has held a hearing inviting evidence on the ongoing avian influenza outbreak, with speakers from the poultry sector joining civil servants to offer the latest.

The scale of the outbreak was revealed by Mr Griffiths, who estimated that about 36% of poultry farms were covered by some sort of control zone-related restriction – whether the disease has directly hit them or not.

Since the beginning of October, there have been close to 140 outbreaks, with 1.6 million birds culled directly because of bird flu on farms.

Mr Kelly outlined the devastating impact of the disease on individual farms – notably smaller seasonal producers – and revealed his business had been hit by three outbreaks costing £1.2m.

Free-range turkeys will be very short this year

The news that 600,000 free-range turkeys had been lost to the disease – about half the total produced in the UK each year – was picked up the following day by most mainstream media. It was front-page news for the Daily Mail.

In total, nearly nine million turkeys are reared each year for the Christmas market, and just over a million have either been culled or died from the disease so far, Mr Griffiths said.

“There will be a big shortage of free-range British turkeys this year,” Mr Kelly told the committee.

In terms of prices, Mr Kelly felt there would not be significant rises beyond cost of production increases passing through – put at about 18%.

Imports were not likely to increase dramatically either, he suggested: the spot price for imported turkey has doubled. Imported birds also do not typically match what British consumers want at Christmas – and Northern Europe is experiencing the same AI challenges as the UK.

For larger poultry farms with multiple sheds, the changes to AI compensation announced in October were an improvement, Mr Kelly said, as the virus typically takes a few days to spread across such a holding.

But for smaller enterprises – such as seasonal turkey farmers or free-range egg producers – it remains the case that most birds will have died by the time an assessment is made, Mr Kelly said.

Without an improved compensation package or a vaccine, many smaller turkey producers hit by AI will decide the risk is too high and not restock for Christmas 2023.

Both the cost of cleaning and the risk of reinfection would prove prohibitive, he explained.

And the alternative to secondary cleaning, leaving sheds empty for 12 months, means that farms would not be able to place birds in time for the free-range Christmas market, he said.

Mr Griffiths added the total number of seasonal birds would most likely remain the same, though fewer free-range birds may be placed given the higher risk.

Resource available to deal with outbreaks

Mr Holdsworth, chief executive of the APHA, said about 25% of the agency is working directly on avian influenza at present, a number likely to increase as the winter progresses.

It has brought in 220 additional staff expecting higher demand and 42 locum vets. The APHA itself has a 30% vacancy rate, Mr Holdsworth added.

As for Weybridge, significant investment in facilities is required, he explained.

Ms Middlemiss said its people resource must be invested in, as well. “The avian influenza lab and our epidemiologists are critical to our real-time decision-making,” she explained.

The remaining resource, if for example African Swine Fever or Foot and Mouth cases emerged alongside AI, would be drawing on an international reserve agreement the UK has with other countries for support.

Mr Griffiths said one solution could be assigning more responsibilities to resources within the poultry sector, particularly if outbreaks continue.

“We don’t want to rely on compensation,” Mr Kelly told the hearing. “A vaccine is what we want so that we can take a normal commercial risk [when it comes to stocking birds on farm].”

Mr Griffiths agreed, and said there was now nearly global consensus that vaccination for AI was the most likely solution to current problems.

While there remain many hurdles to clear – regulatory, scientific and trade-related, for example – “we’re absolutely clear that vaccination is the path that we as an industry want to take.”

“This time last year, industry colleagues and globally, people weren’t interested in vaccinating. The hope was that this was going to be a one year, one winter event.”

With cases persisting across the world, work is now underway to overcome some of the barriers to vaccination.

Assessing existing vaccines against this strain of AI, developing new ones and testing regimes are all underway or being considered.

Another piece of work is to conduct a cost-benefit analysis of using vaccines – particularly given the variable value of different types of poultry – genetic stock versus broilers, for example.