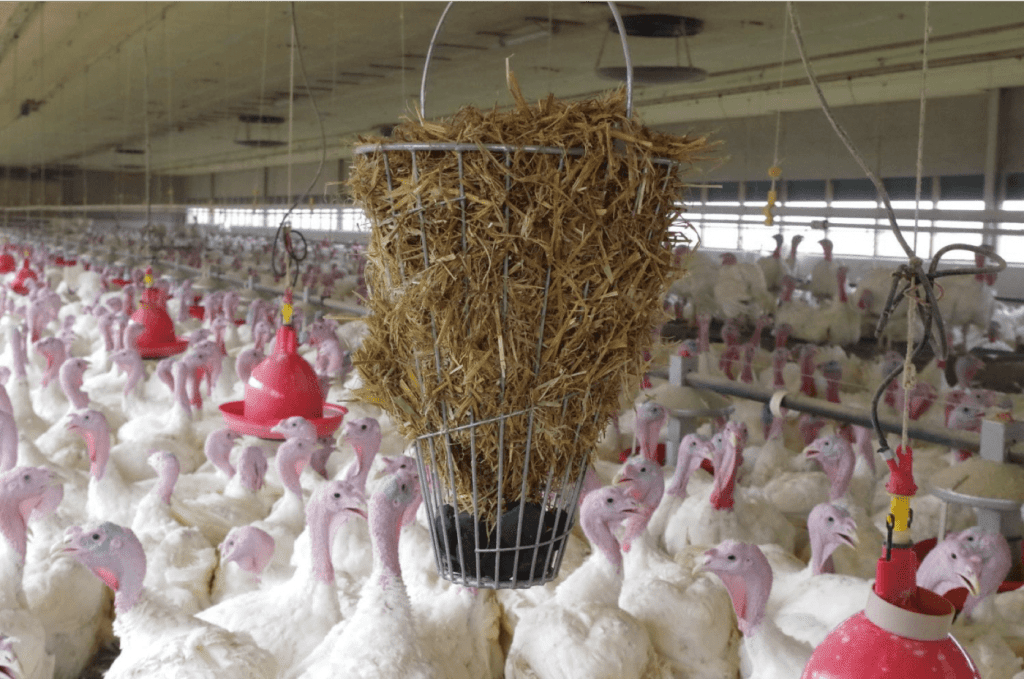 PRESSURE to end beak treatment in Germany for all poultry species – not just laying hens – is leaving its turkey sector scrambling for a solution to high mortality caused by feather pecking.

Germany changed its constitutional law in 2002, making animal welfare a far higher priority, with politicians wanting the country to be a leader in Europe, according to Hartmut Meyer, of the breeding company Moorgut Kartzfehn von Kameke.

As a result, laying hens have not had beak treatment in Lower Saxony since 2017.

From 1 January this year, beak treatment for turkeys was formally made illegal, but the government acknowledged that the industry was not ready to stop the practice.

It is currently necessary for farmers to apply for a “document of indispensability”, which must be presented at the hatchery in order for beak treatment to take place.

Furthermore, treatment must be by infra-red and by the end of the growing period the distance between the lower and upper beak must be less than 3mm.

A working group is trying to find ways to mitigate the mortality caused by but has had limited success to date.

Trials with insect larvae scattered in sheds have had some success in distracting birds. Rough feeding pans have also been installed in sheds, with limited results – to date, lower lighting has proven most effective in reducing pecking behaviour.

Despite these efforts, mortality is still far higher in untreated flocks, as are carcass rejections, with some flocks running as high as 16%, compared with about 3% in treated flocks.

Trials are ongoing to find ways of mitigating the negative effects of untrimmed flocks. Meyer said that – at present – the government and most NGOs accepted that the industry was not ready for a binding ban, but he suggested it may not be all that long before one came into place.

This report is based on a presentation at the 13th Turkey Science and Production Conference.