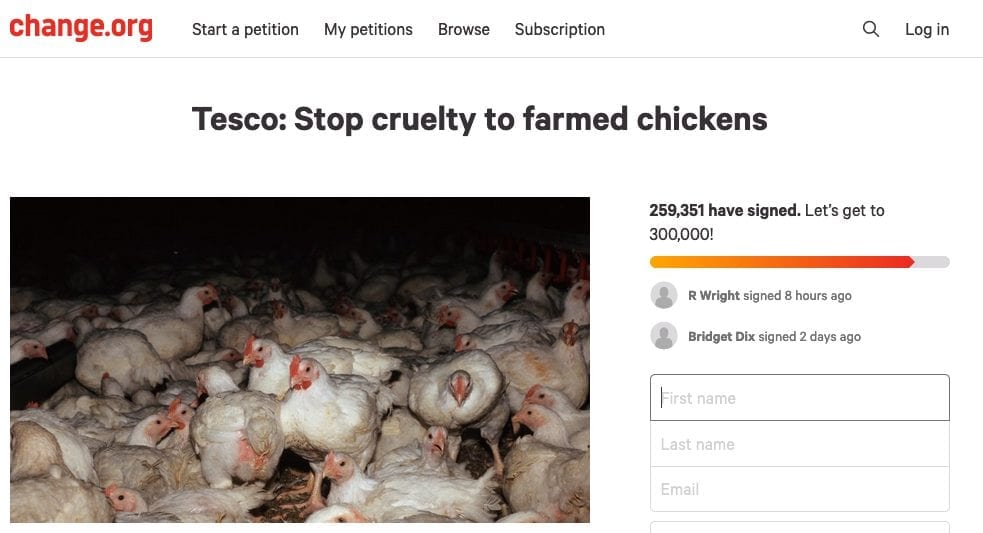 A NEW Change.org petition has attracted more than two hundred thousand signatories calling on Tesco to sign up to the broiler ‘ask’.

It is not far in numbers from the petition that convinced Tesco to end the sale of eggs from enriched colonies, which closed with 280,000 supporters.

A Tesco spokesman said it “upheld high standards for animal welfare which we continuously review according to the latest scientific advice”.