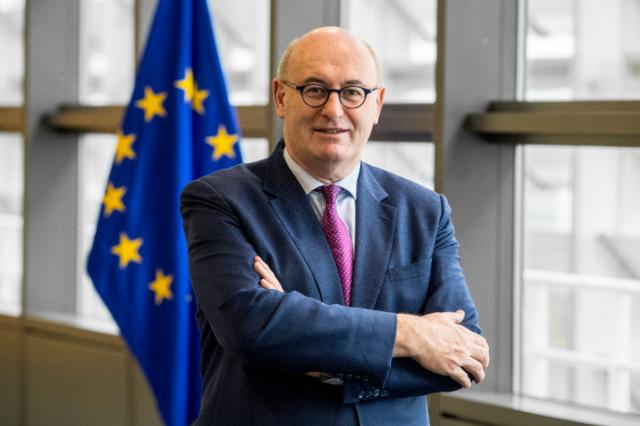 TARIFFS announced by the UK government last week in the event of a no-deal are not legal under WTO rules, the EU’s farm commissioner Phil Hogan has said.

Speaking at a press conference following Monday’s council meeting, Mr Hogan suggested Irish beef and cheese from the rest of Europe were particularly vulnerable to the proposed tariffs.

“I believe that these particular proposals are illegal under WTO rules – and the fact that the UK used the word ‘temporary’ means they probably accept that as well.

“I would point out also that the EU, in the event of a no-deal Brexit, will be introducing our external tariffs as well,” he added.

Mr Hogan also fielded a question on Ukraine’s poultrymeat exports at the session, saying “The EU is preparing an amendment to the free-trade agreement that we have with Ukraine to limit imports of a new type of poultry cut.”

It is widely understood that closure of the loophole that allows a certain cut of breastmeat to be imported into Europe tariff-free will be in exchange for a dramatic increase in certain quota categories between Ukraine and the bloc.