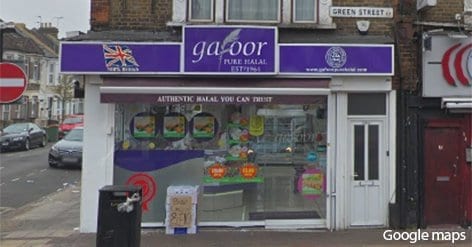 PRESTON-BASED poultry processor Gafoor has hit back at reports that it had hiked the price of Halal chicken sold to butchers in recent weeks.

There have been a number of stories in Asian newspapers and other local titles of butchers increasing the price of chicken, blaming suppliers for ramping up prices.

The panic buying that has been prevalent in major supermarkets has also taken place in smaller retailers that serve ethnic markets, with some suggestions that butchers had doubled the price of some products – including poultry – in recent weeks.

Gafoor rejected claims it had unfairly raised prices, saying they were increased by about 10% on 23 March to reflect rising feed costs and a lower supply of poultrymeat from Europe.

It added this price increase was in line with a higher cost of production and would be passed back to farmers.

In a statement, the firm said feed prices had spiked as the pound weakened and uncertainty prevailed in global markets. Poor UK weather this year had hampered the amount of wheat planted, which would also lift feed costs, it added.

“This will lead to shortages in this year’s harvest that will have a further impact on broiler feed prices,” Gafoor said.

In addition, the supply of fresh chicken into Britain from Europe had been disrupted, tightening the market further.

“Over the last six months, European fresh chicken that would have been destined for the Far Eastern Markets has been sold into Britain at less than the cost of production.

“This has meant we have had to sell our British fresh chicken at lower prices to remain sustainable.

“The markets have now realigned, and the true cost of British chicken is having to be reflected in the price increases.”

“Gafoor have no control over the prices charged to the public.”

‘No need for panic buying’

The firm sought to reassure its customers that it had confidence in its supply of chicken and that there was “no need for panic buying”.

It also said Key Workers could access a 20% discount on poultry products sold from its retail division, was providing produce to food banks in the London area and had plans to offer NHS staff hot meals.