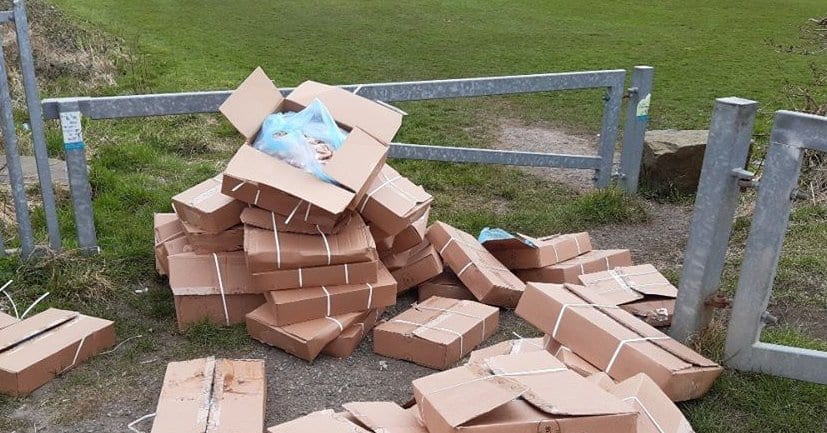 MORE THAN 60 boxes of thawing chicken thighs have been fly-tipped at two separate locations, Rochdale Council has said.

It comes as independent processors have warned of a collapse in the catering market leading to surpluses in the sector of up to two million birds a week.

At the same time supermarket demand for poultrymeat is at record levels.

But diverting surpluses to retailers ­short of chicken has proved a challenge, with logistics and assurance scheme certification cited as stumbling blocks for the sector.

The council said that 60 boxes of partially frozen chicken thighs had been found dumped at a car park and playing field in Milnrow, Rochdale.

Last week, the Association of Independent Meat Suppliers warned that smaller poultry processors had lost their markets with the closure of restaurants and other foodservice outlets.

It called for the surpluses to be bought by the government to stabilise the market – and for it to ideally be used in food parcels already set to be delivered to the vulnerable.

A spokesman for Rochdale council said: “Whilst a decision was made by the combined authority to close the tips to help prevent the spread of COVID-19 this is clearly not an excuse to fly-tip.

“Businesses large and small should all have a contract or arrangement with a registered waste disposal company – so the closure of these sites cannot be used as an excuse.”