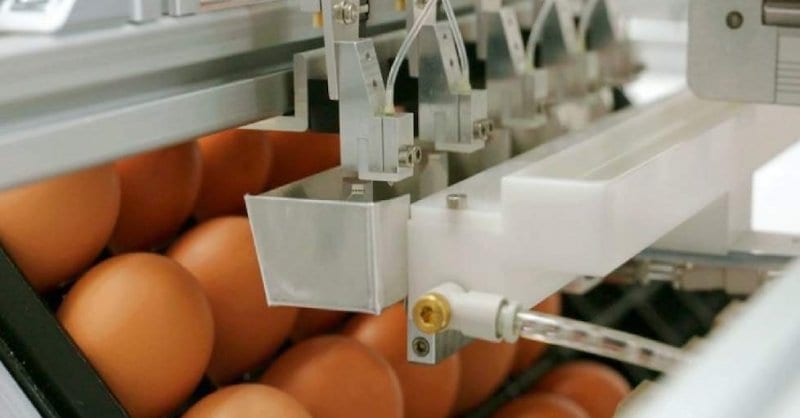 A DUTCH HATCHERY has adopted two technologies that sex the embryos of eggs before hatching, in a move to end male chick culling.

It is the first business in the Netherlands to do so, as pressure mounts across Western Europe to end the practice of culling day-old male chicks.

The Ter Heerdt hatchery said it had been working towards sexing chicks for two years.

While the firm already offers to fatten male birds on its rearing farms, it said that in-ovo sexing formed a new opportunity, with male eggs able to be diverted into the animal feed chain before hatching.

It had ultimately adopted two technologies, one from German-based Agri Advanced Technologies (AAT) and Seleggt, a German-Dutch business.

AAT determines the sex of chicks using light, while Seleggt creates a fine hole in egg shells and takes a small amount of allantois fluid to assess the embryo’s sex.

Across Europe, supermarkets are beginning to stock eggs from flocks of hens where embryos have been sexed while still in the egg.

Those processed by the Selleggt technology are branded with an additional “Respeggt” stamp.

Supermarkets Rewe, in Germany, Carrefour in France and Jumbo, in the Netherlands all stock lines under this label, Aldi Germany has also committed to switching supply.

All sell the eggs at a premium that reflects the additional cost of production involved in the sexing process.

Both German and French authorities have said they want to end male chick culling by the end of 2021.

Julia Klöckner, the German Federal Minister of Food and Agriculture, last year told Poultry.Network that “chick culling is intolerable from an ethical point of view and needs to be abolished as soon as possible”.