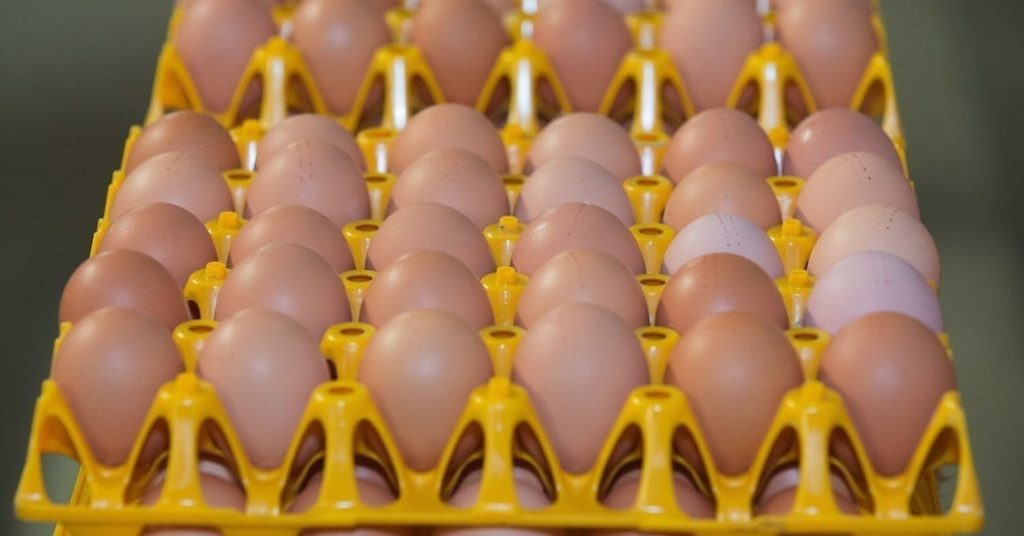 ©Tim Scrivener/Agriphoto
What is the current situation?

Current tariff lines add cost to imported eggs, which in turn offer the UK industry some protection as production costs here are higher.

The UK government is soon expected to unveil a new UK global tariff policy, and has not so far committed to maintaining the egg tariffs.

What the egg industry is saying

The cost of welfare, environmental and food safety standards that UK producers have to adhere to make up 16% of the cost of production – removing tariff protection would therefore undermine the market.

FARM GROUPS have warned that imports of eggs produced to a lower standard could undermine the British market if tariffs are not maintained.

At present, eight tariff lines are in place that offer the UK sector some protection against egg imports from lower-cost systems.

But the UK government has not to date committed to retaining those tariff lines in its new regime, know as the UK Global Tariff Policy which trade secretary Liz Trust is expected to announce soon.

Work has shown that welfare standards, environmental protection and food safety account for 16% of the cost of production of a colony egg in the UK.

For free-range eggs, which account for more than half of the UK’s production, costs are even higher.

The government has committed to maintaining standards for domestic production – and has already transferred EU food safety provisions into UK law.

In a letter to the UK industry, it said: “In developing our approach to future trade and upholding domestic standards, we are mindful of the importance processed eggs and similar products play in the market.”

But the British Egg Industry Council, along with Compassion in World Farming and the RSPCA, said that the response did not amount to a commitment, and have warned of the threat that imported eggs could have on the UK market.

“There is a clear risk that, without sufficient tariffs, eggs and egg products are imported from third countries which do not even meet basic hen welfare requirements, which avoids costs associated with welfare standards and allows them to undercut domestic egg production,” the three organisations said in a joint statement.

Mark Williams, the BEIC’s chief executive, added: “We cannot allow the government to operate double standards where UK farmers have to continue to produce to high standards, yet allow imports produced to lower or no standards at all.

“This would be a moral outrage for consumers and catastrophic for our farmers, supply chain and the UK’s reputation for high standards of welfare, environmental protection and producing safe food for consumers.”

The British Free Range Egg Producers Association’s Robert Gooch said: “British egg producers will be alarmed to see yet another statement from Government which provides platitudes about “being mindful” of domestic standards without any commitment on the use of import tariffs or any equivalent measures to limit the amount of imported egg products from low welfare systems.”