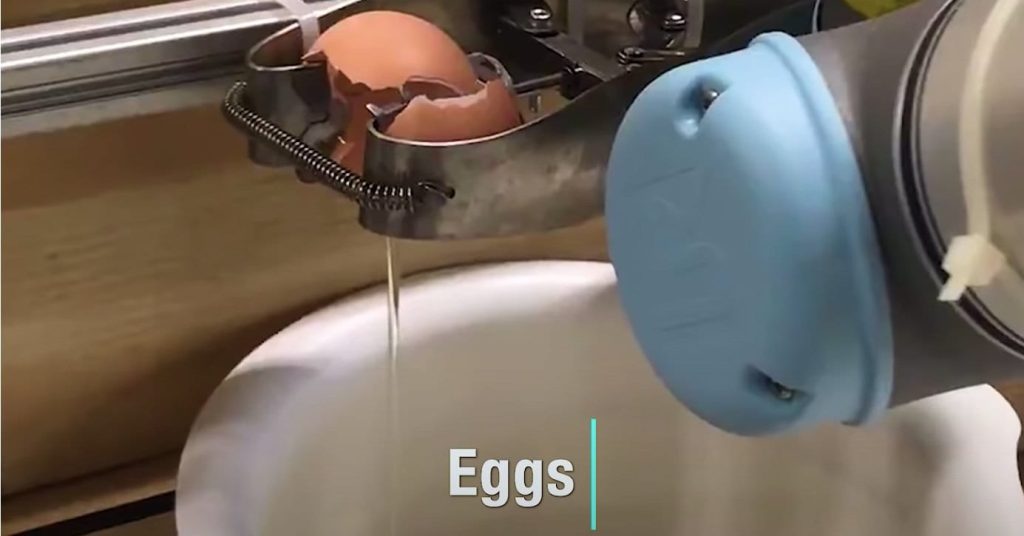 UNIVERSITY OF CAMBRIDGE researchers have built a robot that can prepare an omelette – all the way from cracking the eggs to plating the dish.

In collaboration with domestic appliance company Beko, the team were able to teach a robotic arm to crack eggs, season and whisk them, before transferring the mixture to a pan, cooking and plating.

Robots have been programmed to make foods like pizza, pancakes and cookies, but these robot chefs have not been optimised for the many subjective variables involved in cooking, the team said.

Egg dishes, omelettes in particular, have long been considered a test of culinary skill.

“An omelette is one of those dishes that is easy to make, but difficult to make well,” Fumiya Iida from Cambridge’s Department of Engineering, said. “We thought it would be an ideal test to improve the abilities of a robot chef, and optimise for taste, texture, smell and appearance.”

The machine learning technique developed by Iida’s team makes use of a statistical tool, called Bayesian Inference, to squeeze out as much information as possible from the limited amount of data samples, which was necessary to avoid over-stuffing the human tasters with omelettes.

Teaching a robot to prepare and cook food is a challenging task, the researchers said, as it must deal with complex problems in robot manipulation, computer vision, sensing and human-robot interaction, and produce a consistent end product.

“Cooking is a really interesting problem for roboticists, as humans can never be totally objective when it comes to food, so how do we as scientists assess whether the robot has done a good job?” added Dr Iida

The results are reported in the journal IEEE Robotics and Automation Letters.