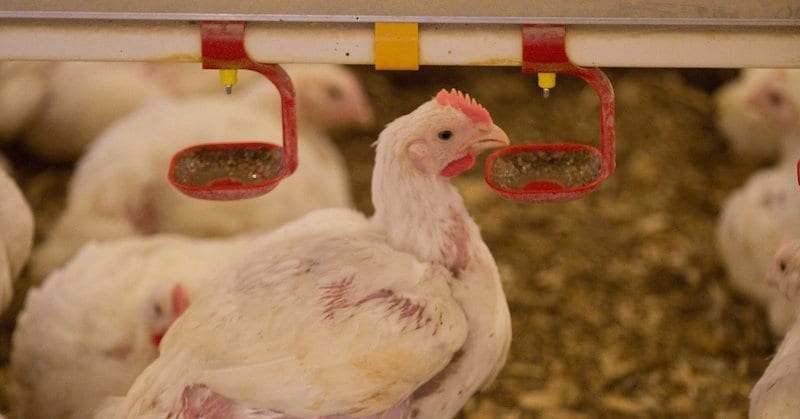 PILGRIM’S PRIDE chief executive Jayson Penn along with three other current and former industry executives have been indicted on charges of seeking to fix the price of chickens.

A federal grand jury in the US District Court in Denver, Colorado, returned an indictment against the four executives for their role in a conspiracy to fix prices and rig bids for broiler chickens, the US Department of Justice announced on Wednesday, 3 June.

The one-count indictment charges four current and former senior executives from both Pilgrim’s Pride and a Georgia-based chicken supplier with conspiring to fix prices and rig bids for broilers.

Pilgrim’s Pride is the owner of integrator Moy Park – there is no suggestion that the charge is linked to any activity in the UK.

According to the indictment, from at least as early as 2012 until at least early 2017, Jayson Penn, Roger Austin, Mikell Fries, and Scott Brady conspired to fix prices and rig bids for broiler chickens across the United States.

In the United States, an indictment alleges that crimes have been committed, and all defendants are presumed innocent until proven guilty beyond a “reasonable doubt”.

The offence charged carries a maximum penalty of 10 years in prison and a $1 million fine. The maximum fine may be increased to twice the gain derived from the crime or twice the loss suffered by victims if either amount is greater than $1 million.

This case is the result of an ongoing federal antitrust investigation into price fixing, bid-rigging, and other anticompetitive conduct in the US broiler industry.