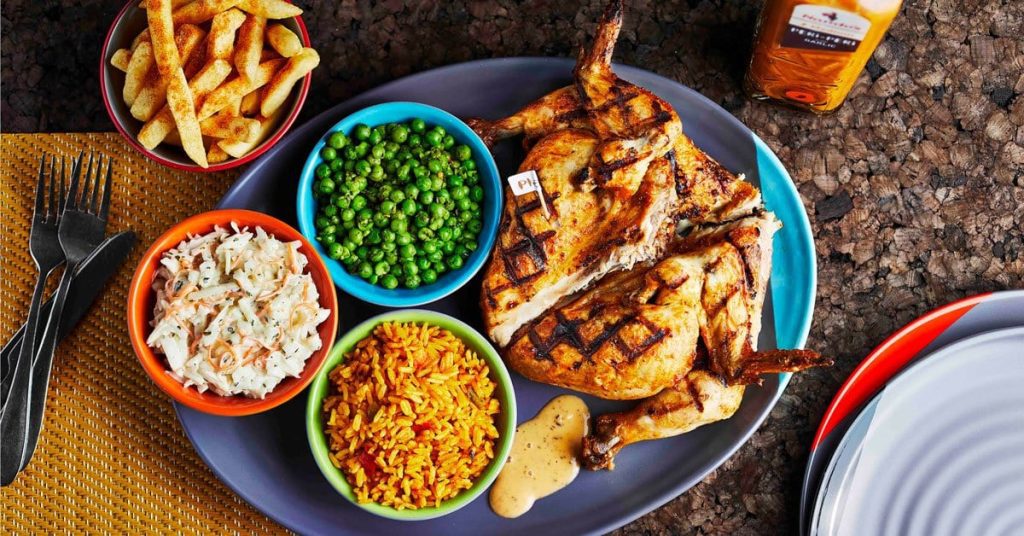 NANDO’S has pledged to make significant changes to its poultry supply chain in the UK that include signing up to the Better Chicken Commitment.

The fast-food chain also said it would retain its pledge to serve only fresh, British Red Tractor Assured poultrymeat in its UK restaurants.

It follows KFC, which last week unveiled a report detailing a broad range of welfare outcome measures for broilers in its supply chain, including mortality, hock burn and pododermatitis data. It too has signed up to the Better Chicken Commitment.

Both KFC and Nando’s hope to switch to the BCC standard, which requires lower stocking densities and slower-growing breeds of broiler, by 2026.

Nando’s said it recognised higher welfare poultry has a higher carbon footprint, so would also work to reduce emissions.

It will work towards 100% renewable energy as well as expand its plant-based menu offering.

Colin Hill, Nando’s chief executive for UK and Ireland, said: “Nando’s has always focused on trying to change lives for the better, on behalf of our customers and our teams.

“Over the last four years our sustainability initiatives have significantly reduced our carbon footprint, but today we are launching ambitious new commitments which will set a strong example for what our industry can do to make a genuine difference.

“We are particularly proud that, with these targets, we will become the first in our industry to combine improvements in environmental sustainability with animal welfare.”

Compassion in World Farming’s Tracey Jones said: “I am delighted to see such a popular brand like Nando’s, famous for their PERi-PERi chicken, championing the move for better chicken welfare.

“It’s the right thing to do, and the team at Nando’s are committed to getting the job done.

“Nando’s has made this commitment at a time of great uncertainty, particularly in the foodservice sector, as the world deals with the effects of COVID-19.

“Now, more than ever, responsible food production with the animal and environment at its heart, is of the utmost importance and we applaud Nando’s forging ahead with their plans.”