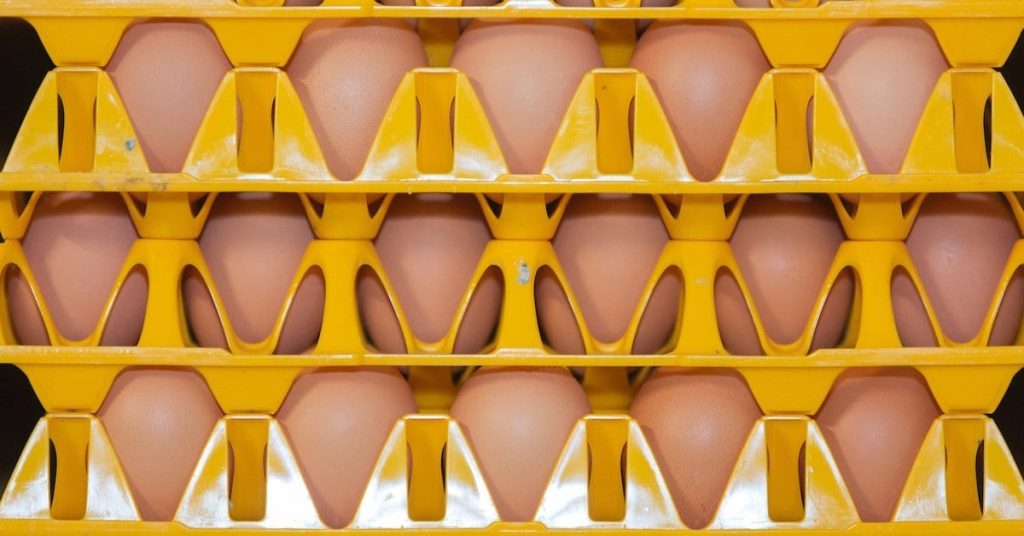 EGG SALES continue to soar as new figures reveal the scale of domestic egg production over the past ten years.

The latest Kantar Worldpanel year-on-year figures show that retail demand for eggs is showing no sign of slowing, with sales up by 28% in the 12 weeks to 12 July.

Perhaps more encouraging was the value of sales over the same period ­– up 37% to £294m.

It comes as new figures show that domestic production has grown by 2.5bn eggs a year since 2009, as total imports have fallen.

British farms produced 11.3bn eggs in 2019, while imports fell to their lowest level since 2011, the British Egg Industry Council said.

The BEIC put the figures down to more food manufacturers – as well as retailers – sourcing British eggs.

Andrew Joret, BEIC Chairman, said the food industry was responding to consumer demand. “This is terrific news for the industry as it continues to flourish.

“It is fantastic to see food manufacturers and retailers alike increasing specification of British to now include egg products as well as shell eggs.

“As we approach Brexit, we fully anticipate more food companies will look for the guaranteed standards of the British Lion mark.

“This year, we have seen the impact of the COVID pandemic on the market, which has led to a huge surge in egg consumption and had a major impact on egg availability around the world.

“However, we believe that, as the market returns to normal, we will see the long-term trend towards British Lion processed eggs continue to gather momentum.”