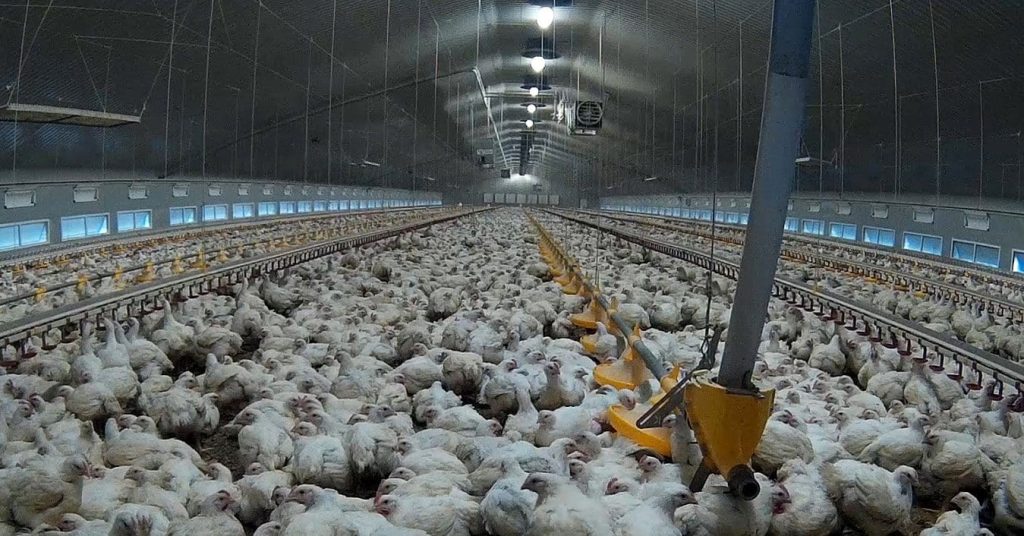 MOY PARK has been targeted by animal rights activists, who have accused the company of mistreating the birds under its care.

The charity said it had taken the footage late last year and handed it to Defra, the RSPCA and Red Tractor in early 2020.

It called on McDonald’s to sign the Better Chicken Commitment.

Michelle Baxter Wickham, Corporate Outreach Manager at Animal Equality UK, said: “McDonald’s continues to do business with Moy Park, despite our many investigations revealing severe animal suffering under their watch.”

“Animal Equality is calling on McDonald’s and other companies to eliminate some of these terrible abuses by signing the Better Chicken Commitment.”

A spokesperson for Moy Park said the farms in the film did not supply McDonald’s and added in a statement:

“We treat this matter very seriously, and upon receipt of this video in March, we immediately initiated an investigation conducted by our team of veterinary experts to ensure compliance with our animal welfare standards.

“A robust assessment of the farms, and a review of the footage by an experienced veterinary surgeon specialising in poultry, found that despite the examples highlighted, the overall flocks are displaying natural behaviours and appear in good health in the majority of footage.

“The farms featured have also been investigated thoroughly by local authorities and regulators, and no major breaches were identified.

“We have implemented measures to ensure the required standards are adhered to on our farms, including refreshed training manuals, and upgraded face-to-face and online training.

“Any breach is completely unacceptable and would result in immediate corrective actions.

“This particular footage is edited with an agenda in mind, and we are confident that it is not reflective of the high standards and certified practices upheld across our wider farming community.”