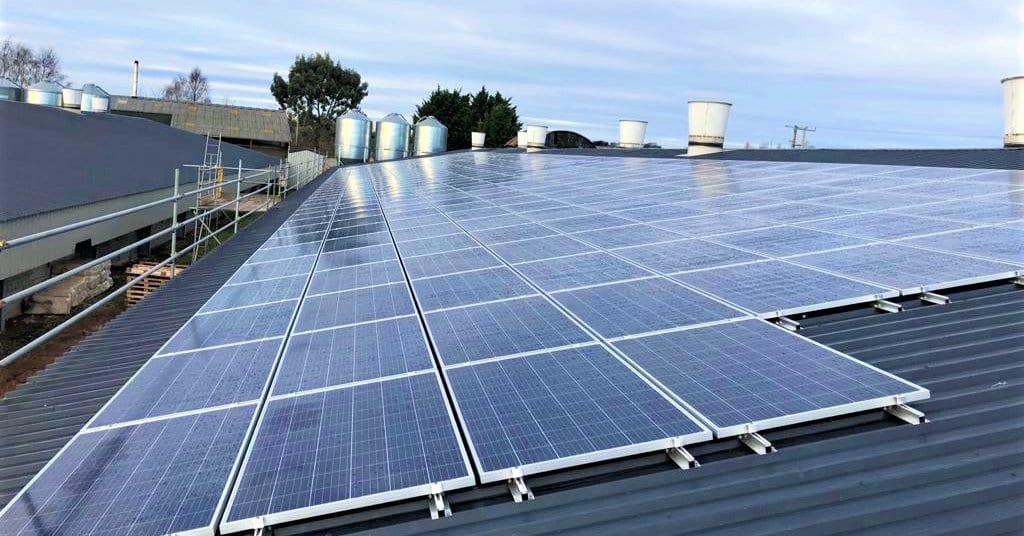 SOLAR POWER is generating interest among poultry producers as rising costs for electricity combine with lower prices for installations, making for a more attractive proposition.

Prices for solar systems are more than 80% lower than they were ten years ago. Back then, their installation was supported by the Feed-In-Tariff, which made for tax-free returns of about 12%-14%, according to Vencomatic sales manager Lee Traynor.

As those subsidies reduced, solar became less viable – but in the past 12 months, the cost of panels has decreased enough to change that.

Mr Traynor says that producers that use the electricity they are generating on-farm can expect returns of around 25%.

“The typical energy requirements of a broiler shed on average would require 80 to 150,000 kWh of electricity per year,” he explained. “We aim to size the solar system correctly so that as near as 100% of the solar power produced can be used on-farm.”

A basic comparison is that the average price for electricity in a commercial setting is 15p/kWh. At the same time, after the initial investment and installation, the cost of producing solar energy is 3p/kWh.

“A recent proposal went to a client of ours based on a 50kW system with an investment spend of £30,000.

Utilising renewable energy will also have an impact upon a farm’s carbon footprint, he added – potentially helping meet the NFU’s target for agriculture to have net-zero carbon emissions by 2040.

A 45kWh installation would save 5t of CO2 over 25 years, for example.

One critical thing to factor in is the ongoing maintenance and what guarantee is offered from the installation company. “We only buy solar panels with a 25-year guarantee,” explained Mr Traynor. He added that would-be buyers should check the service package offered with any sale. Vencomatic, for example, has a network of service engineers across the country that can deal with any issues.

Over the life of a solar installation, a farmer should expect to replace the inverter – which typically has a warranty of 10 years.

Annual cleaning is usually also recommended, depending on the pitch of the roof. “This can be done by one of a range of specialist panel cleaners that operate in the UK – or if you have access equipment, it can be undertaken in house,” added Mr Traynor.