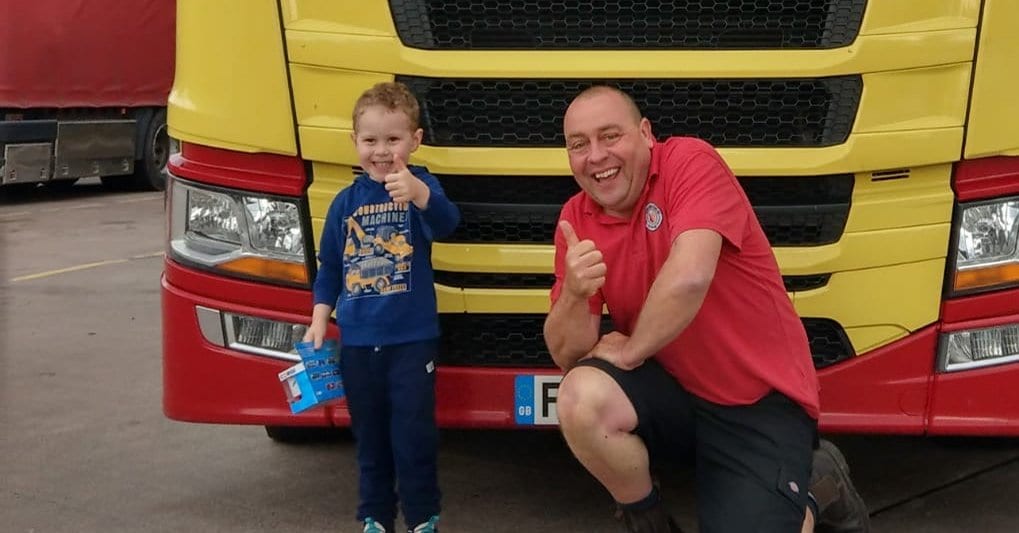 LJ FAIRBURN helped a young fan of its NHS rainbow trucks celebrate his fourth birthday with a visit from one of the firm’s lorries.

Joe Constanzo was delighted with a miniature LJ Fairburn NHS Rainbow Truck for his birthday last month. And he got the surprise of a lifetime when the real thing turned up.

Joe, who lives in Connah’s Quay, North Wales, has long been a fan of the firm’s colourful livery.

So the firm arranged a visit to a nearby lorry park as well as a mini version of the lorry.

“As soon as we pulled into the car park and Joe saw the lorry there was the loudest shout of ‘Look it’s the NHS Rainbow Lorry, can we go and see it?” said mum Becky. “Dave was such a wonderful patient man and had so much time for Joe; nothing was too much trouble for him.”

“It made Joe’s day. He still chit-chats about his morning in the ‘NHS egg lorry’ tooting the horn and sitting inside.

“A huge thank you to the Fairburn’s Eggs team for making it happen, it honestly made a little boy’s dream come true.”

Lee Coupland, transport manager for LJ Fairburn, added: “It was fantastic to be able to organise something for his birthday – and make him so happy.

“I’ve been lorry fan since I was little, with both my father and grandfather driving them, so I completely understand Joe’s love for them – especially the Fairburn’s rainbow fleet. They really stand out.”

The Rainbow trailers – which have been dubbed the #rainbowtrucks on social media – deliver eggs to food retailers across the UK from Fairburn’s Burgh Le Marsh distribution hub.

In May, they were emblazoned with a 2.6m high rainbow thank you message to commend the work of the NHS during the Covid-19 crisis.