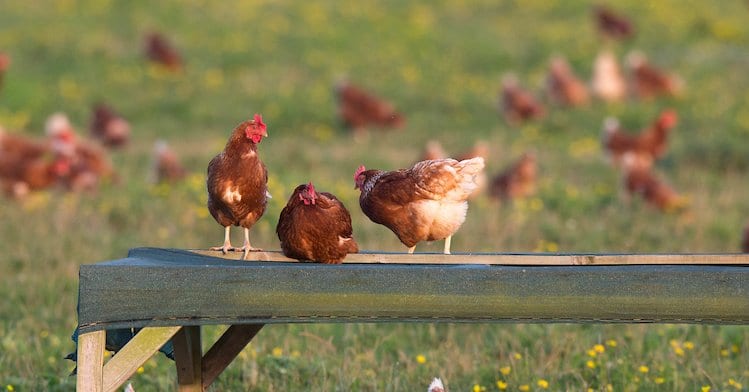 FREE RANGE is the farming practice that Britons are most likely to label as high welfare, new research has revealed.

Polling by YouGov of 1,652 British adults in early September found 53% felt that products labelled as free-range came from a high-welfare system.

That compares with 42% of respondents who felt that organic was associated with higher animal welfare.

The survey’s results suggest that people in the UK have little understanding of farm systems in general.

Almost three-quarters (74%) think either “A lot” or “A fair amount” of livestock is kept free-range, while 60% also think animals are frequently kept in cages on UK farms.

Farming practices were also surveyed, with just a quarter thinking that beak trimming happened “a lot” or “a fair amount”, despite it being common practice. Almost two-thirds said they were unsure about how often it happened.

The survey also asked about carbon dioxide stunning and just 14% of respondents thought it was common practice in the UK.

Around one in six Britons (17%) think that UK farms have very high animal welfare standards, which drops to 5% of vegetarians and vegans.

The majority (61%) think that, in general, UK farms have high animal welfare standards but that there are still some bad cases.