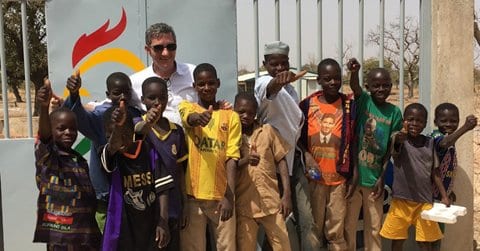 CEVA has described how it is working with farmers in Burkina Faso to improve poultry rearing to support food security in the country.

A five-year project in the country has resulted in a 100-fold improvement to productivity following the introduction of better genetics and modern pharmaceutical care for birds.

Local chickens have been cross-bred with French Sasso hens, and the new birds are called Poulet du Faso.

That project was undertaken at the first avian selection centre in sub-Saharan Africa by Sasso-Hendrix, which opened in 2016.

Birds are vaccinated by Ceva against Newcastle Disease, which is the most damaging condition for poultry in Africa.

Ceva said each Poulet du Faso generates $2 across different elements of the value chain. It estimated that, since the start of production, the project had generated $3 million in income, 70% of which has directly benefited smallholder farmers.

Ceva’s Pierre-Marie Borne explained: “The project was designed to be sustainable from the beginning and has a business oriented exit strategy enabling all actors of the Poulet du Faso value chain to continue to benefit financially from the production and commercialisation of Poulet du Faso from farm to fork.

“The current yearly Poulet du Faso production in Burkina is around 1.3 million day-old chicks, which is far below the huge demand for this product.

“There is enormous potential to scale up this system to improve rural livelihoods and contribute to greater food security in Burkina Faso.”