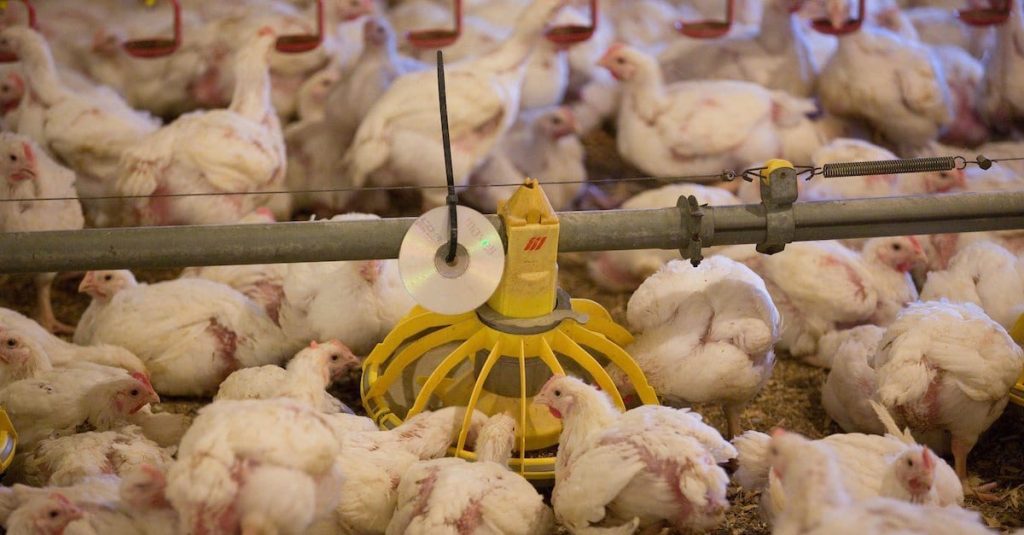 MICROBIOTA sampled from the cloaca of chickens has been linked with that in the caecum, new research has found, raising the possibility of assessing gut health of birds while alive, rather than post-mortem.

In the 2017 study, recently published in the Poultry Science Journal, 47 broilers were sampled by an authorised veterinarian across eight flocks, each from a separate farm, from two locations in Northern Ireland.

The birds were managed under the same production system. Researchers collected samples from animals selected for routine veterinary screening.

Nutrition specialist Devenish and the University of Lincoln were able to prove a link between microbiota sampled from the cloaca (the chamber into which the intestinal, urinary and generative canals discharge) and that within the caecum (the large intestine).

Matthew Goddard, professor of population and evolutionary biology, at the University of Lincoln, said: “We are increasingly realising that gut microbes are very important in both human and animal health.

“To make advances in our understanding, we need to be able to sample gut microbes to evaluate, for example, the effect of different feed formulations.

“Microbes in mid- and hind-gut areas may only be harvested from poultry after slaughter.

“To maximise animal welfare and to be able to follow the same bird through time, we have developed a DNA-based method for cloacal sampling from live birds that provides a good reflection of the microbes in caeca.”

Caroline Donaldson, poultry product development manager at Devenish, added: “This study tested whether cloacal microbiota can accurately reflect caecal microbiota, that is, tell us more about the microbiota that would be collected in the large bowel.

“Key findings showed that there was a significant positive correlation between cloacal and caecal bacteria (Rho = 0.66, P = 2×10-16).

“Paired analyses also revealed that cloacal communities were more closely related to caecal communities from the same individual than expected by chance – underlining the accuracy of the results.

“The study revealed that the type of bacteria in caeca may be reasonably inferred by sampling cloaca. Importantly, it highlights that this method, centred in animal welfare and sustainability, is a viable way of sampling poultry for an assessment of gut health and microbiota population.

The full published article can be viewed on Nature’s website.