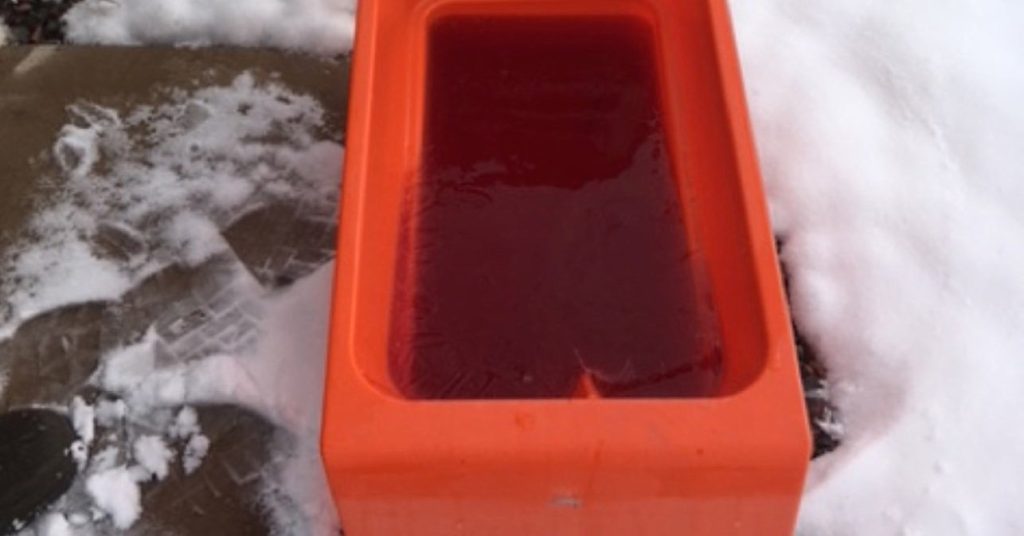 FARMERS should take steps to ensure that footbaths do not freeze over this winter following forecasts of a cold snap.

The Met Office is predicting below-average temperatures for later in December 2020 and January 2021.

With avian influenza circulating across the UK, biosecurity is more crucial than ever, according to Jim Bigmore, a director at hygiene specialists Hysolv.

“Many farmers became caught-out by a prolonged spell of bitter, Siberian-style weather a couple of years ago.

Defra’s disinfectant testing is carried out at 4C and therefore all disinfectants on
the Defra approved list will be able to kill the bird flu virus if used at the correct concentration.

“Some disinfectants remain effective at lower temperatures, but that doesn’t help much if the footbath is frozen.”

Hysolv recommends the addition of ethanol, isopropanol or propyleneglycol to disinfectants at temperatures lower than 0C.

But it stresses that poultry producers contact their suppliers before use.

Hysolv’s Intercid, a glutaraldehyde-based product, can use a range of antifreeze agents to stop the footbath from freezing, allowing effective biosecurity during the coldest UK winters.

“This technique has been used successfully in Germany where winter temperatures can plummet to as low as minus 25°C,” added Mr Bigmore.