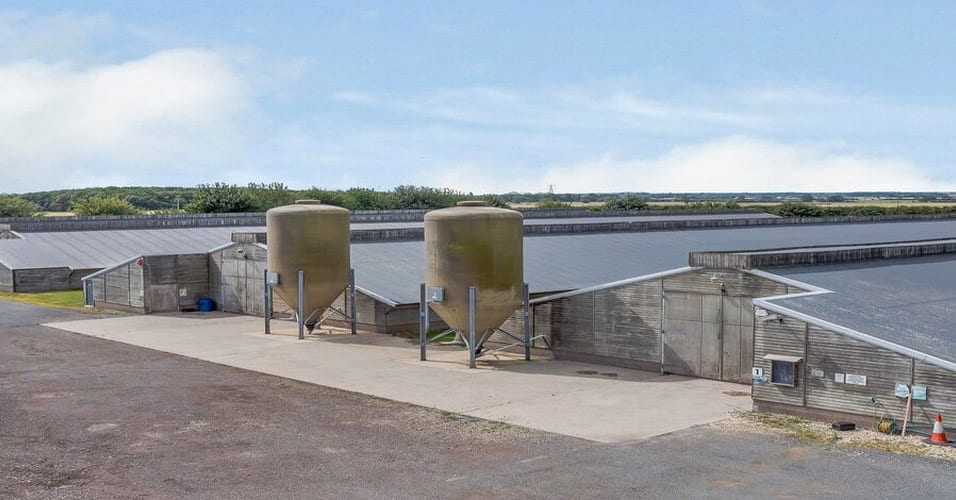 FISHER GERMAN has said that the market for poultry farm sales is strong as farmers seek to diversify their income.

The property consultants recently sold a 10-acre farm that formerly reared ducks for Avara Foods in excess of its £800,000 asking price.

See also: Wheat price levels off and soya drops back

It comprised 60,000 sq foot of Harlow-built sheds that will now be used to rear pullets.

“Poultry meat and eggs are the most eaten proteins in the world, and the British poultry industry contributes £4.6 billion to the UK economy each year.

“The poultry sector of farming generally produces much higher returns on investment (ROI) than are typically seen in the agricultural sector, albeit with associated levels of risk.

“ROI on newly built or good, modern broiler units are generally between 8%-10%, while ROI from a new egg unit is around 6%-8%.

“The recent political and economic uncertainty has created a largely downward pressure on agricultural values, resulting in some farming businesses looking at alternative higher-yielding enterprises.

“Although there is some volatility in the egg sector, there is still a strong demand for free-range, with nearly all major supermarkets and outlets choosing not only to sell free-range eggs but also use them in their products.

“With a very limited amount of free-range eggs being imported, this puts the UK industry in a very strong position.

“It is, therefore, no surprise that bidding on Wood Farm was extremely strong, and we were very pleased to achieve such a positive result.

“We also achieved similar success in the poultry sector last year with the sale of Leatherbottle Farm, in Fulbeck.

“The broiler unit which had reached the end of its economic life attracted a large amount of interest and is now being completely redeveloped as a modern broiler chicken farm.

“Although the UK poultry industry faces challenges ahead, it is likely that continued investment in the industry to improve technology and increase sustainability will be key to its success, and we would expect it to remain a strong and successful market going forward.”