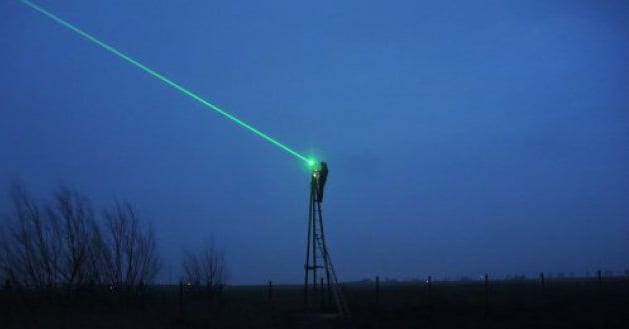 A STUDY carried out by Wageningen University has suggested that a novel laser bird scare can reduce wild bird activity on poultry ranges by up to 99.7%

Researchers used a scare manufactured by Dutch firm Bird Control Group on a poultry range where mallard activity was considered a potential risk.

The device shines a green laser beam in areas where birds are congregating, which they perceive as a solid item and a threat.

It was used to deter birds from the wider pasture of the farm between 10am-5pm, when hens were ranging.

After they had been put inside, the lasers were used to deter birds on the range itself overnight.

Researchers installed eight wide-angle video cameras to record visits of wild birds, and the study counted the number of mallards in one four-week period with the laser operational and one month without.

They found a 99.7% reduction in wild ducks visiting the range in the month that the laser was used.

Armin Elbers, of Wageningen University & Research, said: “For free-range poultry farms located in high-risk avian flu virus areas, which had repeated introductions of avian flu virus in the past, we believe that a laser could be helpful as a preventive measure to keep wild birds away from the farm during the high-risk period (October to March).

“Poultry farms with strictly indoor accommodations have also been infected with avian influenza virus in the past due to their location near wetlands.

“Using a laser during the high-risk period could offer a solution to this problem too by keeping wild waterfowl away from the vicinity of the barn.”