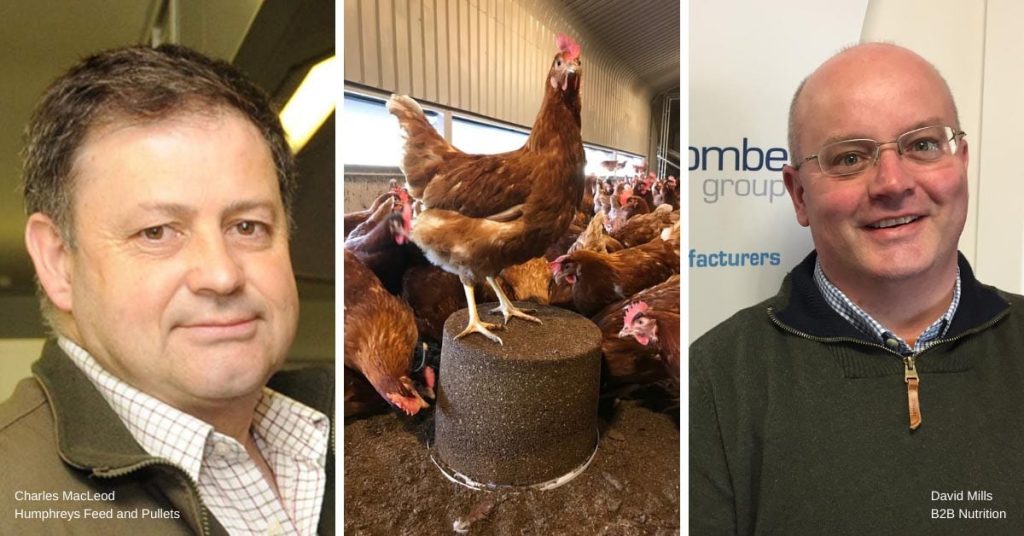 HOUSING free-range birds may help to reduce the risk of diseases like avian influenza infecting a flock, but it does present potential bird management challenges.

Adding enrichments to bird environments can help manage the stress that housing free-range birds can cause, according to Charles MacLeod, pullet rearing director at Humphreys Feed and Pullets.

See also: When will the poultry housing order end?

He says that some of the enrichment techniques he uses for rearing indoors could be adopted more widely to help prepare free-range flocks for periods of compulsory housing.

“But to set up the young birds – that would usually be free-range – to withstand periods indoors during housing restrictions in place, we’ve been advising farmers to continue to provide similar enrichment measures when they house pullet flocks at 16 weeks.

“Creating a familiar environment for the birds in their new accommodation helps improve welfare, reduce stress and safeguard production.”

Mr MacLeod says laying clean wood shavings at the start of the pullet rearing process and occasionally scattering grit gradually builds up litter over time, in which hens like to scratch and dig.

“As pullets transition to living in larger houses in bigger flocks, litter becomes more limited. So, other enrichment tools are necessary to keep them entertained,” he says.

“As well as playing with and working the litter, the birds particularly like plastic balls normally found in a child’s play pit.

“They’re particularly attracted to the red and blue ones.

“The birds are attracted to the glittering of the tinsel, and the black dots look like flies, which they find interesting.

“Hanging short lengths of rope can also encourage the birds to look up, stretch and jump onto perches.

“However, this isn’t recommended for birds less than six-weeks-old as it can present a hazard, such as loose fibres getting tangled around the tongues of chicks.”

Mr MacLeod advises introducing rope at a later stage and swapping them occasionally, as they can potentially harbour bacteria.

Since the introduction of the housing order, David Mills, business development manager at B2B Nutrition, the trade arm of the Denis Brinicombe Group, says there has been a huge increase in demand for their pecking blocks, which can also benefit poultry enrichment.

“While being practical and easy to use, pecking blocks redirect hostile pecking behaviour and encourage a healthy beak,” he says.

“Manufactured to UFAS standards, the block formulation doesn’t have a nutritional impact on the birds’ well-balanced diets, and the inclusion of aniseed oil acts as a natural attractant.”

Mr MacLeod agrees that pecking blocks can be a practical, long-lasting addition to the chicken shed.

“Not only do they provide entertainment for the birds, they’re also useful in beak maintenance. Pecking blocks of a certain composition can erode and blunt the hook at the end of the beak, reducing the risk of injurious pecking.

“But we’ve found that in order for birds to use the pecking blocks, they must be attractive and of interest – they must get something from them,” he explains.

“In the blocks we use, chicks are attracted to the smell and taste of aniseed. They also feel a sense of satisfaction when bits come away as they peck.

“With harder and less abrasive material, such as concrete, the birds feel less reward, lose interest, and their beaks can wear away a little too much.”

“This is an important consideration for when birds are allowed outside once the housing measures cease – the transition will require careful management,” he says.

“How the birds react to moving outdoors will depend on how they have coped with being indoors for a long period of time.

“If they have a calm and balanced demeanour, they’ll probably adapt quite well to being outside again.