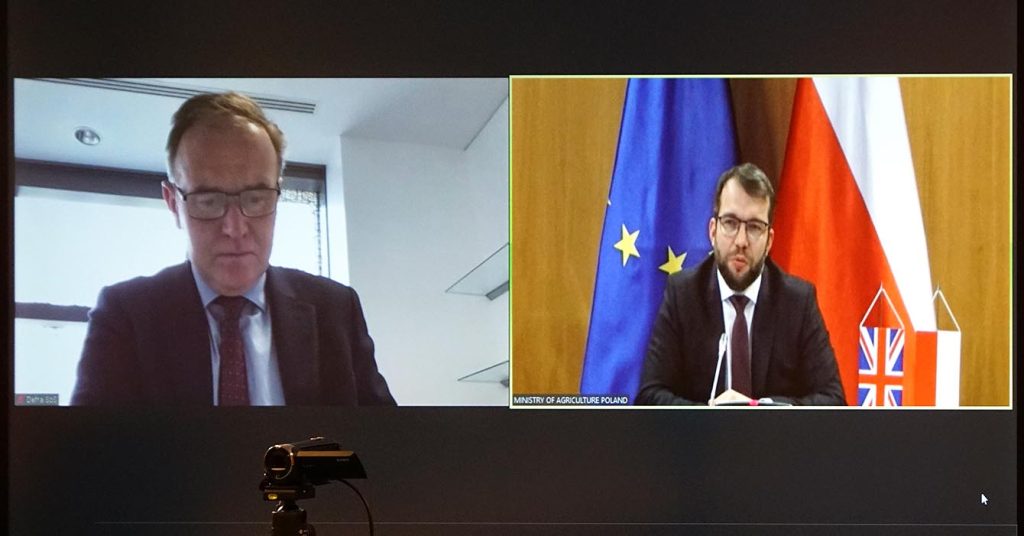 POLAND’S minister for agriculture, Grzegorz Puda, has held virtual talks with George Eustice to discuss the safety of Polish poultrymeat following salmonella outbreaks linked back to the country.

The UK is the second-largest trading partner for Polish agri-foods and a significant destination for poultrymeat.

The Food Standards Agency is investigating the Polish poultry supply chain after several cases of salmonellosis were linked back to frozen breaded chicken products using chicken from the country.

There have been several product recalls and at least 480 cases in humans linked to the outbreak.

Mr Puda told Mr Eustice he was taking personal control of the situation in Poland and that the entire poultry production chain in the country was now under veterinary supervision.

He also offered support in sequencing the salmonella genome in poultry products.

A spokesperson for the Polish government said: “The Ministers emphasised the constructive cooperation between the Polish and British veterinary services.

“They expressed their will to continue the dialogue, more frequent contacts and to strengthen the very good, long-term Polish-British cooperation in the field of agriculture.”