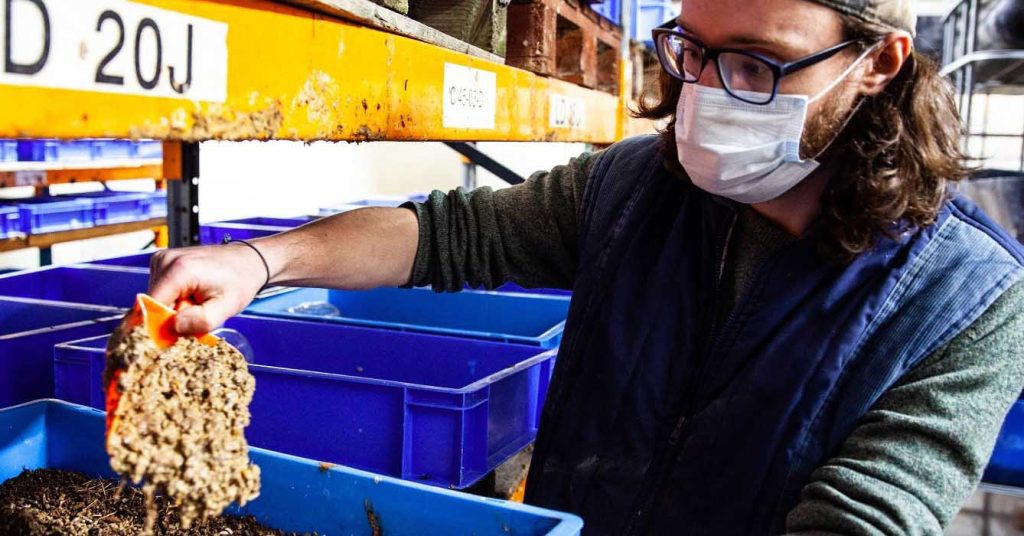 TESCO have joined with WWF in calling for insect production to be scaled up as a substitute for soya in poultry diets.

The retailer and WWF said the government should legislate to allow insect-derived proteins to be used in pig and poultry diets.

They also said the types of substrates that can be fed to insects should be widened.

A new report has outlined how insect production could reduce UK reliance on imported soya in the coming decades.

WWF estimates that demand for insects could displace 404,000t of soymeal per year for the poultry sector by 2050, a 30% reduction.

But to reach that reduction, it recommended several steps that the government should take.

It said an immediate priority should be permitting processed insect protein in pig and poultry diets.

The Food Standards Agency should research different insect feedstocks and how food safety risks may be mitigated.

And incentives should be put in place to support the development of domestic insect production.

“Retailers like Tesco and the food industry as a whole have a key role to play in scaling up the use of insect feed, and we’re already trialling its use in our aquaculture supply chain.

“We’re calling on Government to build on this report and develop financial incentives to support innovative farming methods, such as insect farming, which will support the scale-up of these new industries.”

Mike Barrett, executive director of science and conservation at WWF added: “We encourage the UK government and retail industry to take urgent action to get environmentally damaging practices out of our supply chains and off our shelves.

“This includes scaling up the use of alternative proteins such as insect meal and supporting calls for a circular feed system here in the UK.”