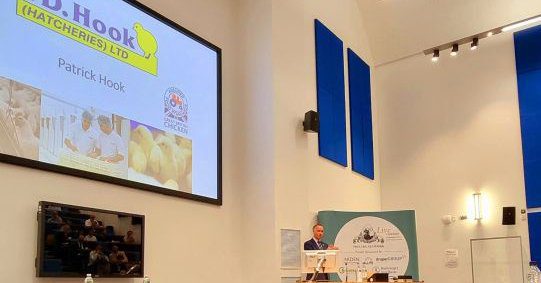 PD Hook director Patrick Hook told the Poultry.Network Live conference that production had been cut by at least 10% within the business in recent months.

Brexit and the covid-19 pandemic had caused many foreign workers to leave the UK, he said, leading to severe staff shortages in processing plants.

The result was that, despite record production in the first half of this year, the firm began to cut numbers to manage bottlenecks from late May.

Defra figures suggest chick placings declined by 4% in July and August, when compared with the same months in 2020.

“In the spring of this year, the cracks started to appear within the industry,” Mr Hook told the meeting. “The shortfalls in the factories was real, and all of our key customers were telling us they had up to 500 vacancies.

“Between January and May were probably the busiest months that our business has ever seen, we had record chick placings, record processing, and the industry was flat out.

“But from June, we’ve almost undone all of the busy period that we had.

“There’s empty shelves and imports coming in because we cannot meet the demand – the frustration for us is that agriculturally we can hatch, grow and produce chicken, but there’s just huge bottlenecks in the factories.”

But despite the challenges, Mr Hook praised the company’s workforce for its resilience throughout the pandemic – as well as broader collaboration within the poultry sector.

“One thing that has kept our supply chain moving is our people, whether egg collector chick graders, lorry drivers, these people are the most important part of our supply chain – without them, it wouldn’t exist.”

“The government is going to have to make some major changes to policy if we’re going to survive.”