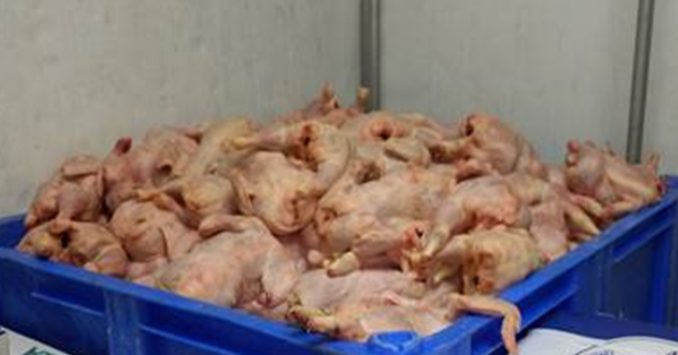 A BUTCHER in Barking selling Halal meat has been found guilty in Court for attempting to sell poor quality chicken to customers.

While officers investigated the rest of the business, the manager, Mr Azar Irshad, removed an unknown quantity of poultry. Officers detained the initial 500kg.

As the investigation continued, council intelligence showed that Mr Irshad was suspected of obtaining rejected supermarket chicken, which was understood to have been destined for pet food and was reselling it for human consumption for approximately a year.

During the inspection of the butchers, located on 14 East Street Barking, council enforcement officers said they were subject to attempted bribes.

Receipts found to be fake were also provided stating that he had received 1,000kg of chicken in an attempt to legitimise the supply chain.

The company on the receipts was contacted and satisfied officers that they had not supplied Barking Halal with the chicken, nor were they aware of Mr Irshad.

Due to Mr Irshad missing several court hearings and because of the Covid pandemic, the case was only heard at Barkingside Magistrates Court on 14 September, where the defendant was found guilty in his absence.

In addition, a warrant has been put out for Mr Irshad’s arrest since February 2020.

Councillor Margaret Mullane said: “This has been a long-fought case, and I am pleased to see that this business owner has been found guilty and fined a huge amount of money.

“Not only were they committing a criminal offence, their actions may have also put the health of their customers at risk, and that is simply something the council will not stand for.”