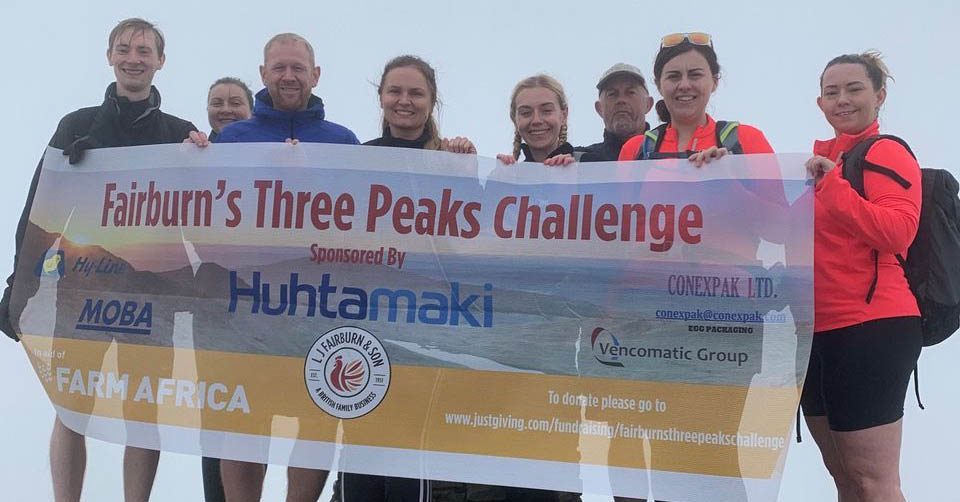 In total, the Fairburn’s team drove 1,170 miles, thanks to driver Bryan Parker, and walked just over 24 miles in 24 hours as they scaled Ben Nevis, Scafell Pike and Snowdon in all kinds of weather.

“The challenge of climbing three mountains back-to-back was difficult enough, but the lack of sleep in between made it that much harder,” says Fairburn’s supply chain manager Alice Turner.

“It really was mind over matter pushing yourself to carry on!”

“I have to say a huge thank you to everyone that organised and took part in this challenge for such a fantastic charity, which helps smallholder farmers in East Africa,” says Fairburn’s chief executive Daniel Fairburn, who also took part in the trek.

“I couldn’t have asked for better people to do it with. That said, my legs still don’t feel like they are mine!”

Dan Collison, Farm Africa CEO, said: “I have been with Farm Africa for almost 18 months now, and I have been constantly amazed by the lengths supporters will go to support our work.

“Completing the Three Peaks Challenge is an incredible achievement and testament to L J Fairburn & Son’s fantastic support and dedication.”