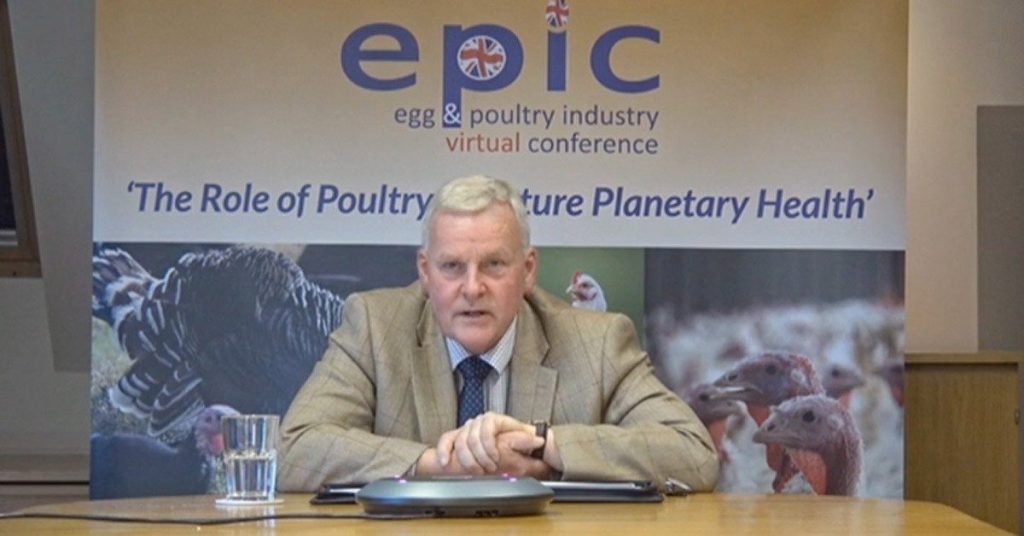 Speaking at Epic’s virtual meeting, Mr Hook said finding a balance between improving welfare and the environmental footprint of poultry production was a major challenge for the sector.

He explained that his business supports the Better Chicken Commitment (BCC) but suggested the entire market was unlikely to switch to the standard.

PD Hook is currently rearing 300,000 birds a week to the BCC standard, with that number expected to grow to more than a million a week by 2023.

Red Tractor reducing stocking densities to 34kg/sq m from 38kg/sq m currently could be a solution, he suggested, to improve welfare.

By contrast, the European legal limit remains at 42kg/sq m and the UK’s is 39kg/sq m.

“Changing RT standards would put everybody on the same playing field and differentiate us from other countries where the stocking rate is higher.”

That could offer some protection as the British government seeks to liberalise trade with countries around the world.

“We need to make sure that we are not swamped by lower quality products – if we can differentiate ourselves, I think that would be a good way to go.”

On the environment, innovations in feed could improve the sustainability of production. Mr Hook said his firm was trialling soya-free broiler production with some successes.

He also suggested that there was also great potential for products like enzymes to improve the digestibility of alternative feedstuffs.