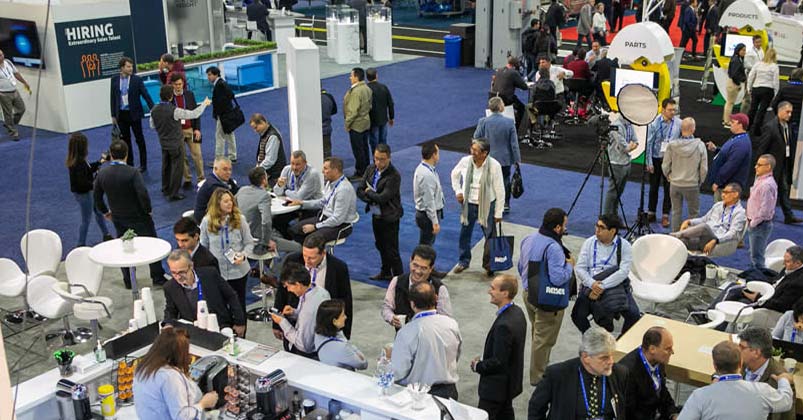 THE IPPE is the world’s largest poultry exhibition, and returned as a physical exhibition in Atlanta, Georgia, in late January.

See also: British Pig & Poultry Fair 2022 – what you need to know about this year’s show

Although we were unable to make it this year, a few new bits of kit caught our eye that launched to the American or global market at the show.

Poultry software specialist MTech Systems launched a new cloud-based software package that it says producers can use to grow their business.

The system ties together performance and costing data together making an overview of a company’s financial position more straightforward.

Marcel Cohen, president of MTech Systems, said: “The concept of Amino was born out of a desire to help small to medium producers capture the same level of control and insight through their data that the largest integrators worldwide have enjoyed for years.

“We realized early in the process that Amino has so much more to offer
the entire food production industry.

“Amino’s development team is comprised of many former industry
leaders that came from large poultry companies all over the globe.”

Rota Technologies has developed a vision-based egg counting system that it says is more accurate than infrared sensors or mechanical counters.

The firm currently only operates in the United States.

A camera is fitted above egg belts and gives real-time insight into the number of eggs per belt, day, hour and minute.

It displays daily and weekly data, and saves information for 52 weeks.

The additive is a mixture of botanicals microencapsulated that interfere with the lifecycle of Eimeria spp.

It has also launched in the UK.

When the MagDrive receives this energy input, it backs off on the AC grid power intake and takes in grid power only as a supplement to the solar power.

The Solectrifier is compatible with all existing MagFans with MagDrives produced from the third quarter of 2018 onwards.

Chore-Time unveiled the fourth major update of its Chore-Tronics Catalyst control system at the show.

The refreshed control panel now features a higher resolution display delivering double the pixels when compared with the previous version, and a touch-screen display.

There are also now light and dark versions, which allow for easy visibility in both bright and dim lighting.

And the new control panel remains compatible with the Chore-Tronics mobile app.

Chore-Time said the new system would be available in the US later this year.