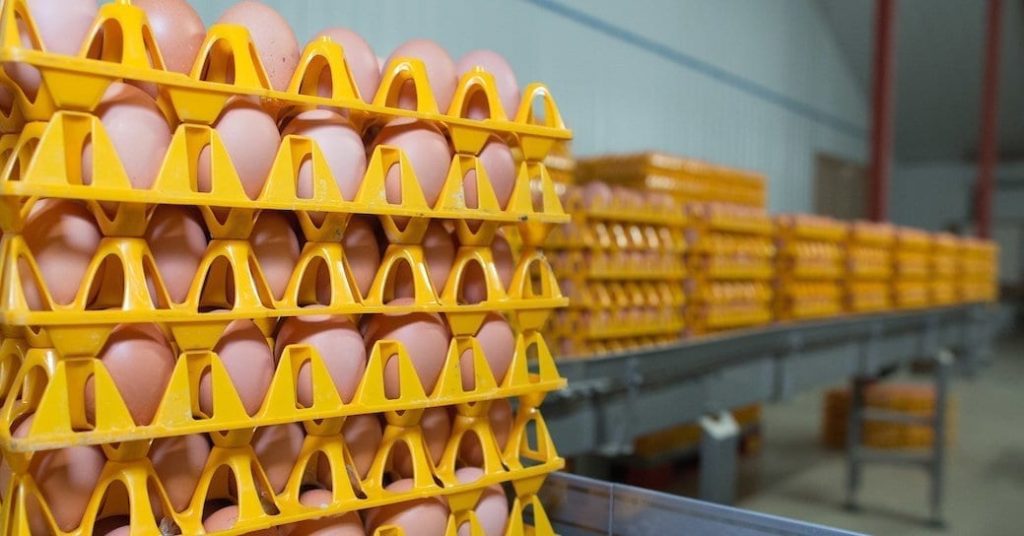 THE British Egg Industry Council (BEIC) has said it expects the free-range housing order to go beyond 16-weeks, meaning that eggs will be categorised as barn, rather than free-range.

As a result, there will be temporary changes to the Lion code surrounding on-farm egg stamping, and the assurance scheme has said retailers will use a mix of point-of-sale and in-store messaging to explain why eggs have been downgraded to barn.

Free-range egg farmers stamp eggs with the number 1 on-farm under the Lion code and have done so even though hens have been housed since 29 November.

This is because of a legal derogation that allows eggs to continue to be marketed as free-range for 16-weeks from the day chief veterinary officers declare a housing order in the UK.

After 16 weeks, eggs laid by hens that continue to be housed must be marketed as laid in a barn system.

The BEIC has put in place a plan that will see eggs stamped in packing centres from 14 March. From 21 March, they will be stamped with the number 2 to signify barn production.

The move to stamping in packing centres is to avoid free-range egg farmers having to bear the cost of purchasing new print heads.

On-farm egg stamping is a Lion assurance scheme requirement rather than a legal one.

A position paper had been agreed with the British Retail Consortium, he said, that would see eggs stamped as barn with explanations for consumers in shops and across social media.

And once the housing order is lifted, eggs will continue to be stamped as barn for seven days before on-farm stamping as free-range resumes.

Egg packaging will also be prominently marked as barn, but existing branding for free-range products will remain, as introducing alternative packs was deemed impractical given ongoing supply issues.

Mr Williams said that labour challenges, exacerbated by current immigration policies, had made managing the end of the 16-week period more difficult.

He added that changes to the regulations would have to be considered if avian influenza continued to present a challenge each winter.